May the force be with you—always.

On May 25, 1977, a little movie called Star Wars opened in 32 theaters across the United States—and permanently transformed the pop culture galaxy. The first entry in George Lucas’ space opera saga shattered box office records, eclipsing the monster success of 1975’s Jaws and ushering in the blockbuster era. Two sequels followed: 1980’s The Empire Strikes Back and 1983’s Return of the Jedi. In the years since the completion of the original trilogy, the Star Wars universe has expanded to include prequels, sequels, TV shows, books, and even its own holiday.

Yes, May 4th marks Star Wars Day, a day when Star Wars fans from Earth to Endor celebrate the sci-fi franchise like Ewoks partying after the destruction of the second Death Star. In honor of the holiday, and the enduring appeal of the Star Wars universe, we rounded up nine epic books for Star Wars fans. The following tales of evil empires, rebel warriors, and cosmic battles between dark and light will transport you to a galaxy far, far away—and they’re sure to keep your mind in the stars until Star Wars: The Rise of Skywalker hits theaters this December. 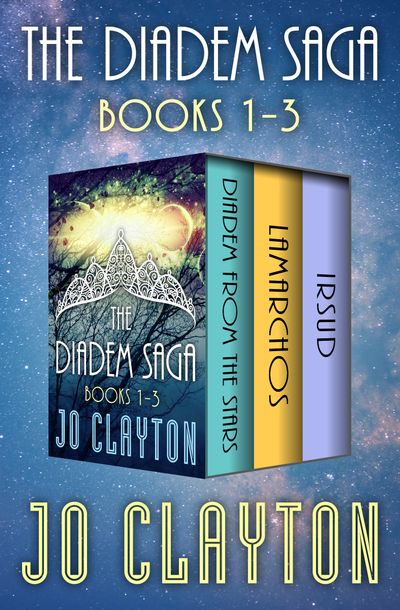 Grand journeys await you in the stellar works of Jo Clayton, author of over 30 sci-fi and fantasy novels filled with astonishing alien worlds and complex, fully-realized beings. In her celebrated Diadem Saga, Clayton melds the galactic grandeur of a space opera with the epic quests found in fantasy literature. The series follows Aleytys, a nomad and outcast among her barbarian Jaydugar tribe who discovers a mysterious alien crown that will determine her destiny. The artifact is suffused with great power and magic, endowing Aleytys with otherworldly abilities beyond her imagining. But the miraculous device belongs to someone—or something—else. An alien arachnid race is determined to reclaim its treasured item, propelling Ayeytys on an intergalactic quest of survival. Readers entranced by the Diadem Saga should next check out Clayton’s Skeen’s Leap, the first in a series featuring a rough and tumble master thief named Skeen and her roguish adventures through the stars. 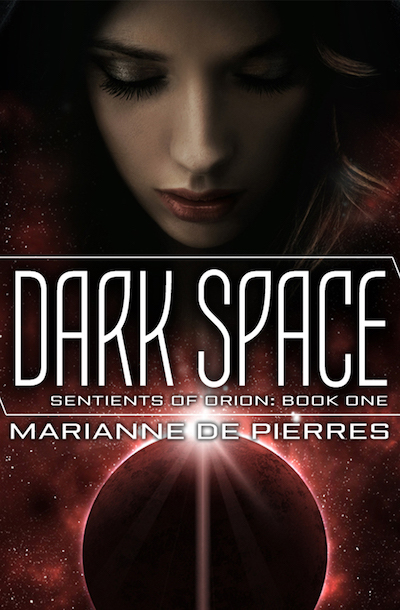 Marianne de Pierres wowed readers and critics alike wither her dazzling Sentients of Orion series. Four of the books were shortlisted for the coveted Aurealis Award, with the final book, Transformation Space, winning the award for Best Sci-Fi Novel. Dark Space kicks off the space opera series. A brutal alien invasion sweeps across Araldis, throwing the arid mining planet into disarray. Baronessa Mira Fedor struggles to comprehend the onslaught but soon falls victim to the machinations of the planet’s ruling classes, forcing her to flee. As she fights to survive, Mira uncovers a single guiding intelligence with a dark agenda, one that seems responsible for the spreading galactic war and her betrayal.

Joe Haldeman’s military sci-fi narrative is an award-winning masterwork, earning a Nebula, Hugo, and Locus award. Based in part on the author’s own service in Vietnam, The Forever War follows William Mandella, a physics student enlisted into an elite squad within the United Nations Exploratory Force. The recruits are called into service to fight a war in deep space against an alien force known as the Taurans. Mandella and his fellow soldiers train for battle, then take to the stars in a brutal campaign light years from home. Those who survive are able to return to Earth—only to find themselves alienated from their own home planet. 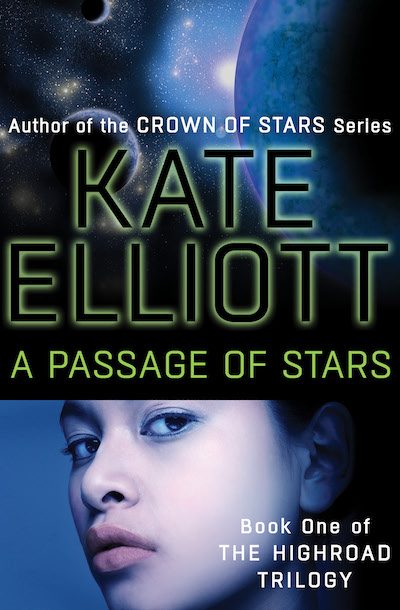 From bestselling author Kate Elliott (Court of Fives) comes a "fast-paced space opera with a likeable, courageous female protagonist" (Library Journal). A Passage of Stars is the first in the author’s Highroad trilogy. It follows Lily Ransome, whose prospects on her home planet of Unruli are far from bright. She can either take up work in her well-to-do family’s successful mining operation or begin reproducing. But everything changes when alien bounty hunters kidnap Lily’s beloved martial arts teacher Heredes. Rejecting the preordained path expected of her, Lily sets out to rescue her trusted mentor. In so doing, she encounters an oppressed minority class known as the Ridani and joins forces in an interstellar rebellion against a despotic empire. 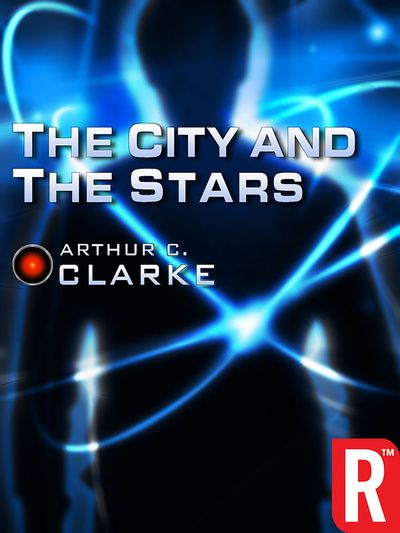 The City and the Stars

Any of Arthur C. Clarke’s space age narratives are sure to thrill Star Wars fans, from the Space Odyssey series to his collected short stories. For this list, we’re focusing on Clarke’s celebrated The City and the Stars, which is an expanded version of the author’s 1953 work, Against the Fall of Night. Set on Earth billions of years in the future, the epic tale follows Alvin, a unique human child born in the domed city of Diaspar. As far as the protected citizens of Diaspar are concerned, nothing exists beyond the dome; the oceans have dried up and humanity is gone. But young Alvin is intensely curious; he yearns to see the outside world for himself. Soon, he sets off on a journey of discovery that takes him far from his home and reveals both the past of his people and the far future of all humanity.

Related: The 8 Best Adventure Books to Satisfy Your Inner Swashbuckler

The City and the Stars 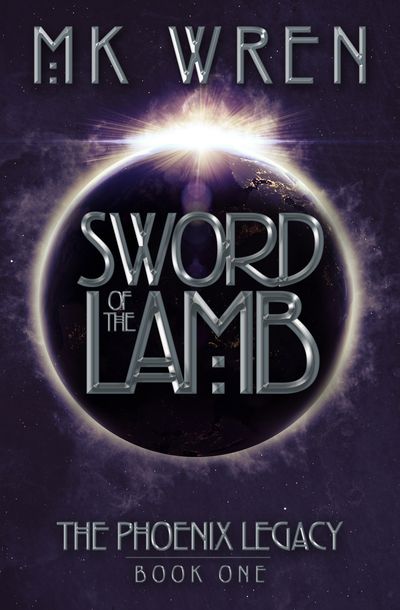 Sword of the Lamb

M.K. Wren’s sweeping Phoenix Legacy trilogy catapults you into the 33rd century, where the fate of a vast space empire hangs in the balance. Rebellion ripples through the Concord Empire. Members of its ruling class are oblivious to the growing unrest among the enslaved Bond class, and the approaching insurrection that could devastate civilization. Lord Alexand, first born in the House of DeKoven Woolf, understands the severity of the situation. So he chooses to forsake his birthright and join the Society of the Phoenix, a powerful secret organization sworn to save the galaxy and lead its citizens to freedom. Such a choice is fraught with peril, but it just may be humanity’s only hope for survival.

Sword of the Lamb 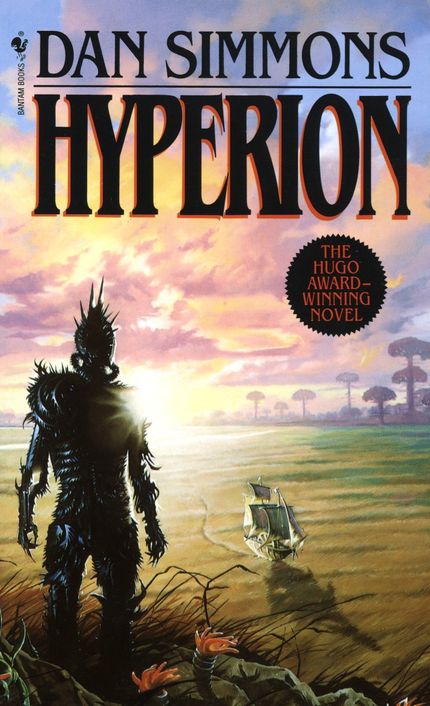 Published in 1989, Hyperion is the Hugo Award-winning first volume in Dan Simmons’s epic Hyperion Cantos series. In the inky black of outer space, far beyond the reach of galactic law, lies the planet known as Hyperion. It is a world of unfathomable mystery, home to a menacing, awe-inspiring creature called the Shrike. As war rages throughout the galaxy, seven seekers desperate for answers embark on a voyage to Hyperion in search of the truth about their lives and humanity’s place in the universe—and that’s just the beginning. Simmons’s “genius transforms the space opera into a new kind of poetry" (Denver Post) in this must-own sci-fi narrative.

Related: 5 Red Planet Read for Fans of The Martian 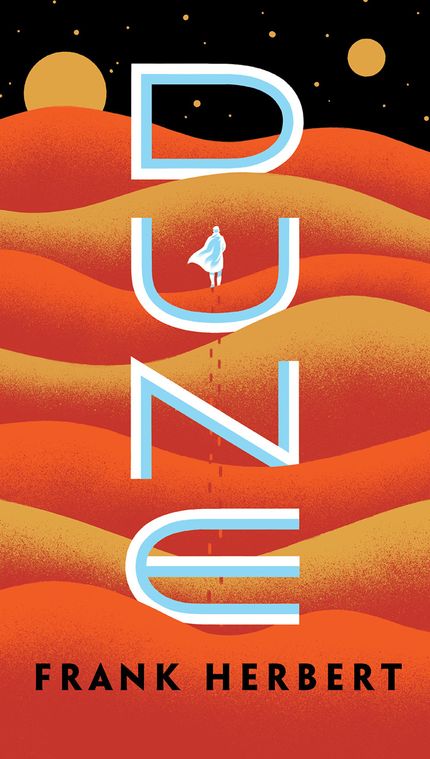 Inspiring, influential, and exceedingly difficult to adapt into a movie, Frank Herbert’s 1965 masterpiece set the bar sky-high for epic sci-fi narratives—and like Star Wars, gave rise to a sprawling media franchise. Dune, the first volume in Herbert’s saga, won a Hugo Award and was the first-ever novel to receive a Nebula Award. It tracks the epic rise of Paul Atreides, heir to House Atreides, who transcends his noble lineage to become the mystic leader of Arrakis—the desert planet crawling with sandworms. Yet, Arrakis also produces melange, a coveted, consciousness-expanding substance that many throughout the galaxy are willing to kill for. 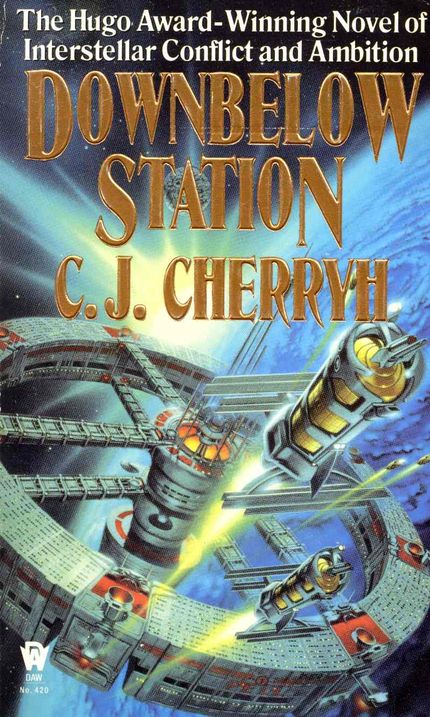 Winner of the 1982 Hugo Award for Best Novel, C.J. Cherryh’s tale of galactic war and human ambition delivers a "fascinating, complex deep-space-war political novel with a lot of subtle twists" (Fantasiae). Space stations extend into the galaxy, colonizing the starry heavens. At first, Earth is at the center of this enterprise, and the company that oversees the operation reaps the reward. Soon, however, new living planets are discovered, worlds that are richer and far deeper in space. As Earth’s importance fades and new stations stretch to the outer reaches of the cosmos, tensions arise that threaten to spark an interstellar conflict. Cherryh is a master at world building. Downbelow Station, part of the author’s rich Alliance–Union universe, offers a thrilling entry into a grand literary universe.