14 Top Audiobooks You Need to Listen to Right Now

From literary fiction to gripping memoirs, there’s something for everyone.

Life is busy, and sometimes it’s hard for us to pencil in any time to read throughout the day. That’s where audiobooks come in. Whether you’re on your commute or doing chores around the house, audiobooks provide book lovers with the means to dive into a great story wherever they are. From bestselling memoirs like Michelle Obama’s Becoming to Laura Sim’s psychological thriller novel Looker, there’s something for every type of reader on our list of recommendations.

The Vignes sisters are identical, but after growing up together in their small Southern Black community, they live very different lives. One sister remains in the town where they grew up, now with a black daughter of her own. The other sister left and secretly passes for white, not even telling her white husband about her past. Though they're separated by many miles—and many lies—their lives, and the lives of their children, will soon intersect. 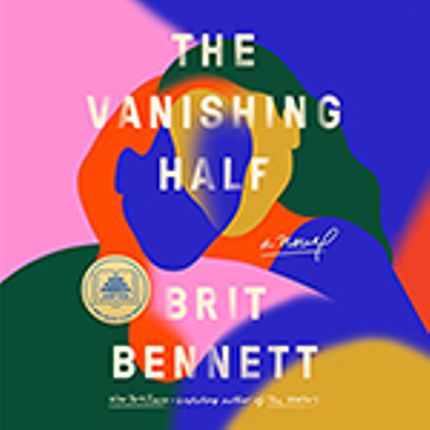 If you're unsure about whether or not audiobooks are your thing, a book of short stories is a good way to dip your toes in the water. We highly recommend this collection from Walter Mosley (you can even read a sneak peek of one of the stories here). Though he's better known for writing crime fiction, these stories feature awkward, nerdy, self-defeating heroes who struggle to make their way through the world, showcasing Mosley's full range as a skilled writer. 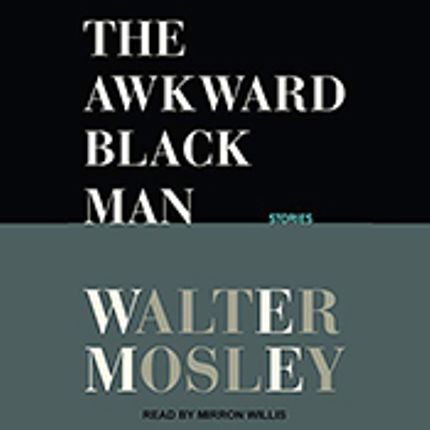 A favorite from Reese Witherspoon's book club, The Guest List is an Agatha Christie-worthy modern mystery. A posh wedding is taking place on an island off the coast of Ireland. Everything is meticulously planned, though of course, mishaps occur. A spilled drink, an awkward toast...a dead body. Without spoiling too much, we'll just say this one will keep you guessing until the end. 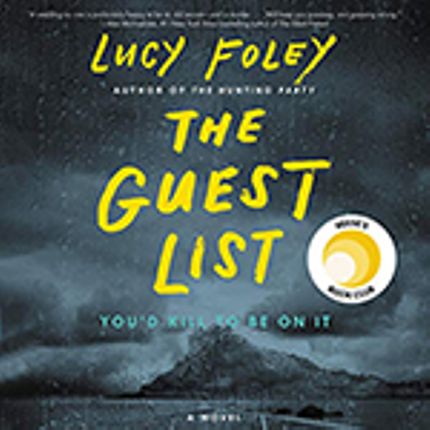 This Oedipus reimagining is set on the canals of Oxford and follows Gretel, a young woman who grew up on a houseboat with her mother. Together, they created their own language and truly lived in their own world. That is, until Gretel’s mother, Sarah, abandoned her when she was a teenager. Though she’s done her best to move on, the memories of Gretel’s youth rush back when she gets a phone call and decides to search for her mother. But the monsters of her past won’t stay at bay, and the further she reaches into her memory the darker the past becomes. 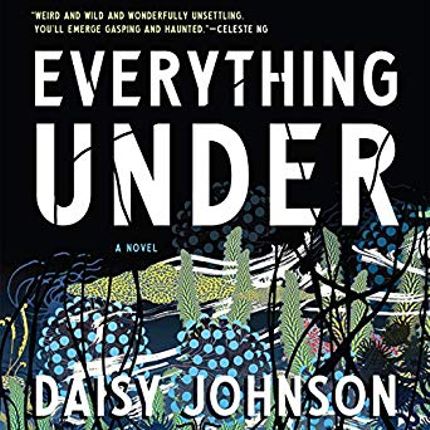 Now a hit mini series on Hulu, Little Fires Everywhere is also one of the top audiobooks you can listen to right now. A psychological mystery, this riveting novel traces the intertwined fates of the picture-perfect Richardson family and the enigmatic mother and daughter who upend their lives. 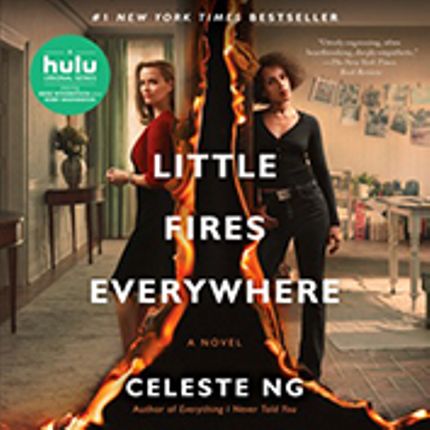 Verses for the Dead

By Douglas Preston and Lincoln Child

The 18th installment in the Agent Pendergast series finds the FBI special agent forced to do the unthinkable: work with a partner. Pendergast and his new partner, Agent Coldmoon, are assigned to a blood-chilling case: human hearts have started appearing on the graves of suicide victims. The case takes them from New York City to Miami, where the new partners will have to make a connection between the killer and the graves in Pendergast’s latest mystery. 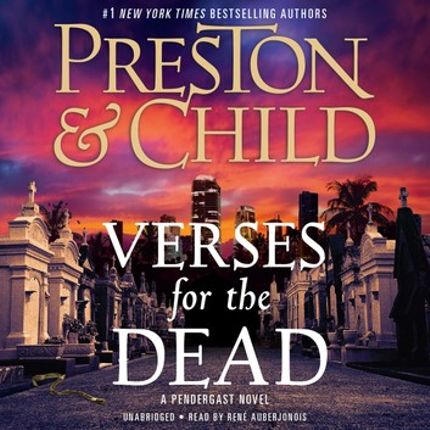 In this psychological novel by Laura Sims, a woman slowly loses her grip on reality. The unnamed narrator, recently separated and unhappily childless, becomes obsessed with “the actress” who lives next door—spending her days peering through her window and into a life that’s seemingly much better than the narrator’s own. Things take a turn when, at the annual block party, an interaction between the narrator and the actress turns lethal. Fans of darkly psychological stories will love this new offering from a debut author. 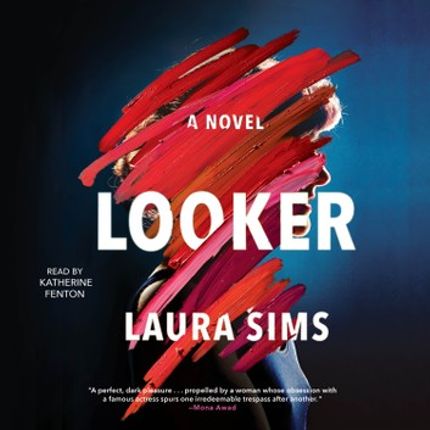 Still in the Game

Former NFL player Devon Still’s memoir is about the challenges he’s faced in life and how he’s overcome them through his faith. Still was playing football for Penn State during the time that the Jerry Sandusky scandal came to light, and the program was shut down. But he prevailed and was drafted onto the Cincinnati Bengals, only to be once again pushed down when his four-year-old daughter was diagnosed with stage four cancer. Never giving up, despite the many speed bumps he’s encountered along the way, Still’s inspirational memoir is about how his faith has helped him get through every challenge he’s had to face. 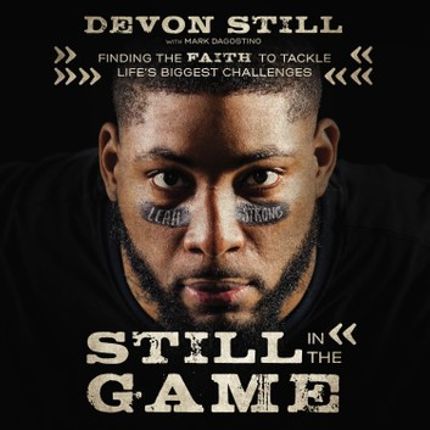 This book needs no introduction…but we’ll give it one anyways. One of the biggest memoirs of 2018, former First Lady Michelle Obama divulges the experiences that have helped shape who she is today—from being raised on the South Side of Chicago to living constantly in the public eye for eight years in the White House. Only human, Obama opens up about both her highs and lows in life, giving readers an intimate look into her incredible life. 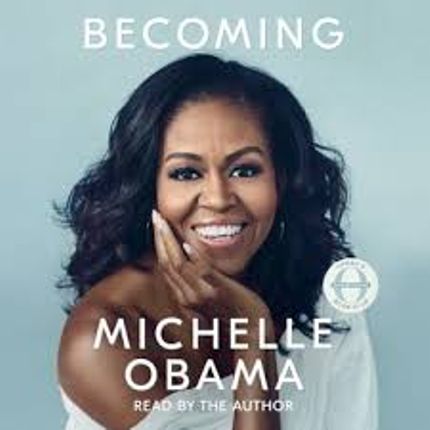 Rachel Hollis’ bestselling book exposes the misconceptions that hold us back from living our lives to the fullest. So often we’re told things that make us question what we’re doing and where we’re going. Hollis kicks those falsehoods to the curb and reveals how she moved past these roadblocks to be her best self. 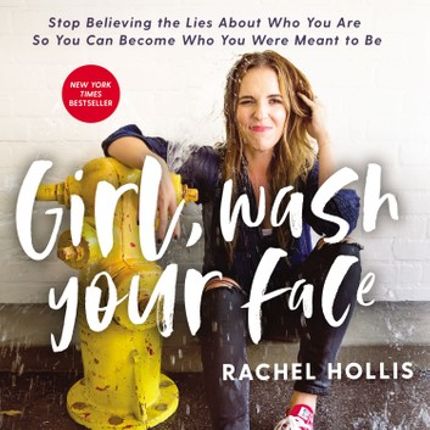 It's a fantasy classic for a reason. If you've never read The Hobbit, or There and Back Again, then there's no time like the present to get to know one of the most intricate and beloved fantasy series in the world. 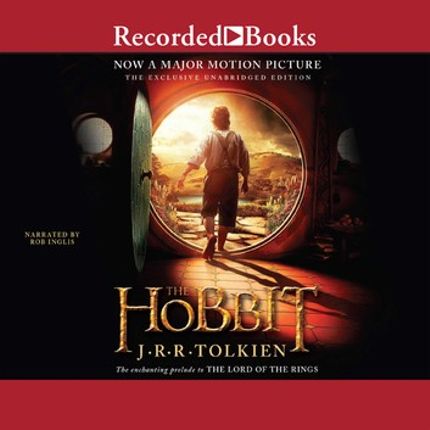 Related: 12 Engrossing Fantasy Books Like The Lord of the Rings

It’s Not Supposed to Be This Way

Sometimes life kicks you when you’re down. Lysa TerKeurst’s book, It’s Not Supposed to Be This Way, shows readers how to embrace the bad and turn it into good. The book, which promotes a Christian lifestyle, examines why we’re pulled down by disappointment and how we can train ourselves to stand strong against all that life throws at us. 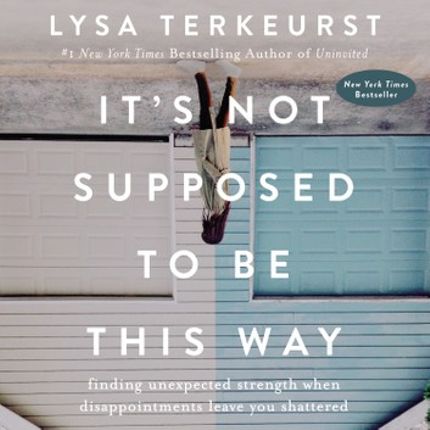 A modern classic, Sophie's Choice is an incredible examination of tragedy, grief and depression. The story follows Sophie, who years ago was forced to do the unthinkable during the Holocaust, her lover Nathan, and their neighbor Stingo, an aspiring novelist. Though the book is also quite controversial for its depictions of the Holocaust, it's still well worth reading. 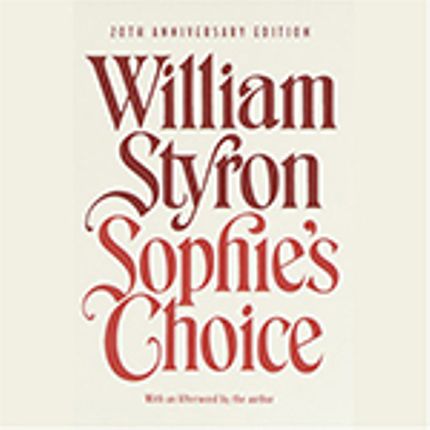 In this gripping memoir, the daughter of the BTK killer opens up about the horrors she faced upon learning that her father was a serial killer. Though the world rejoiced at the capture of this notorious serial killer after 31 years of fear, for Rawson it was the start of a nightmare. Her candid story examines the life of one of the world’s most notorious serial killers, as she also reflects on how she was able to overcome the realization that her life was a lie. 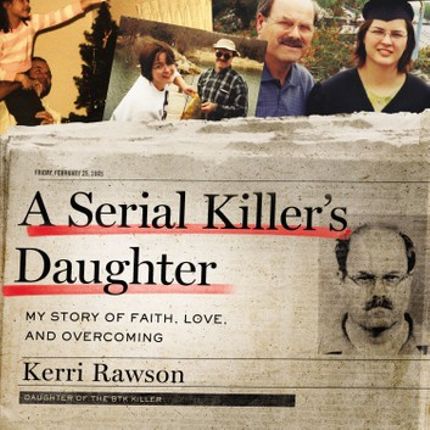