Though indigenous authors should be read year round, Indigenous Peoples Day—a reclamation of Columbus Day— is a good time to make an extra effort to find a new native author to fall in love with.

While most readers are already familiar with books by Sherman Alexie, a Spokane-Coeur d'Alene-American who made waves with his novel The Absolutely True Diary of a Part-Time Indian, there are many more indigeous authors who deserve your attention. Keep reading to discover more indigenous authors who should be on your radar—and read some of our favorite quotes from their books.

A brilliant, profane and poignant coming-of-age novel, Black Eagle Child tells the story of Edgar Bearchild, from his youthful misadventures to his journey to find out who he really is.

"To be ignorant, uninformed, and oblivious to one's origins was to openly defy 'the one who created you' and invite adversity." 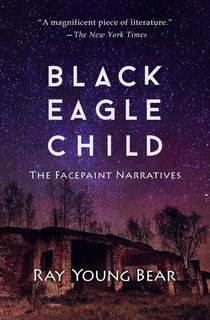 In Dream Wheels, Ojibwa author Richard Wagamese rewrites the traditional story of the North American cowboy through the relationship between Joe Willie Wolfchild, a retired bull-rider, and Aiden, the stubborn teen he begrudgingly strikes a deal with.

“The Old ones say that fate has a smell, a feel, a presence, a tactile heft in the air. Animals know it. It's what brings hunter and prey together. They recognize the ancient call and there's a quickening in the blood that drives the senses into edginess, readiness: the wild spawned in the scent.” 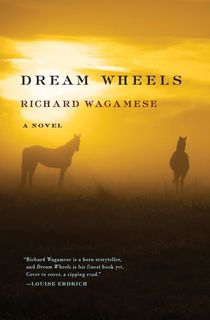 This collection of fourteen short stories features both Native American and non-Native American authors, which come together to paint a brutal, passionate portrait of indigenous communities throughout North America. Below is a quote from "Quilt Like a Night Sky," by Kimberly Roppolo.

“A click or so back from the gravel road, snow drifted in deep piles at the base, further rounding the silhouette softened by time and wind. A frozen tear fell down from the Morning Star, plunged into the snow, blending with the rest of the grinding whiteness, but Boon didn’t notice. Fine as sand, snow sifted into his runners as he walked up where the old path ran beneath it. ” 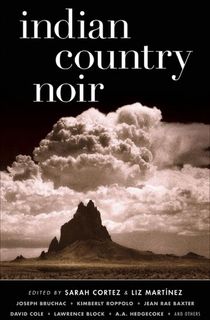 This best-selling memoir was originally published in 1990, and explores Mary Crow Dog’s decision to become an activist after a life of being treated as a “half-breed.”

“The thing to keep in mind is that laws are framed by those who happen to be in power and for the purpose of keeping them in power.” 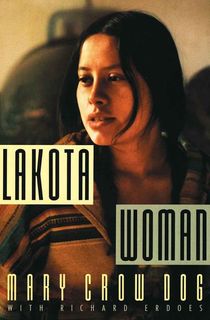 Lisamarie Hill’s brother is missing, and presumed drowned—but she can’t accept that until she looks for him herself. As she searches for him in the Canadian wilds, Lisamarie must come to terms with her own volatile childhood in this universally acclaimed debut.

Related: Why Monkey Beach Is the Best Book You Haven't Read 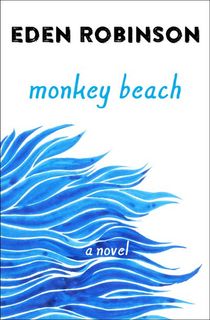 Future Home of the Living God

From the National Book Award-winning author of The Round House comes a shocking portrait of a young woman fighting for her own life, and the life of her unborn child, as society begins to crumble around her. If you want more books like The Handmaid’s Tale, you should definitely add this book to your TBR list. 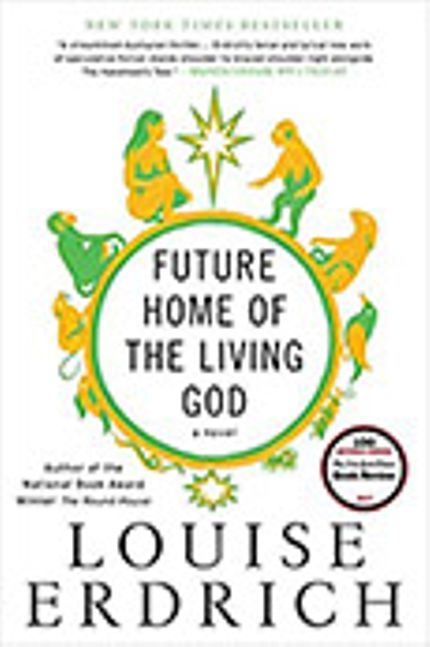 In 1875, Mary Todd Lincoln was committed to Bellevue Place Sanitarium after being tried on charges of insanity. Among other reasons, she had claimed that every night a Savage Indian entered her bedroom and attacked her. In this lyrical, haunting text that is part poem, part novel, and part nightmare, LeAnne Howe connects Ms. Lincoln’s torments to her husband’s 1862 hanging of 38 Dakotas—the largest mass execution in U.S. history.

"This is where I tell you about my friend’s dying.

A death song, he sang it, then we sang together.

On the platform in Mankato, we tried to grasp hands,

shouting to the winds

Mni Sóta Maḳoce, land where the waters reflect the skies,

The land where we die.

Words caught in our throats. Choked by a muscular rope." 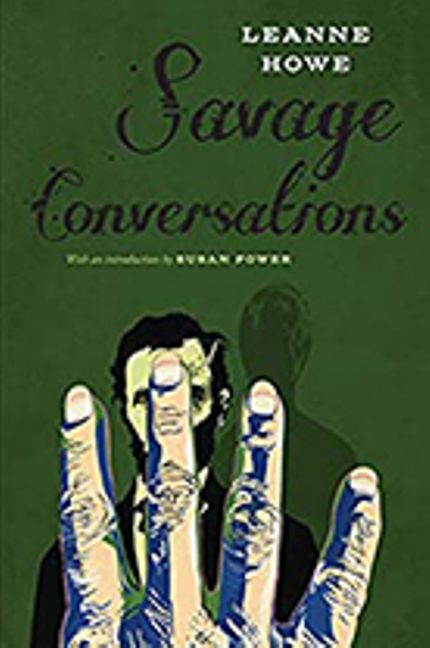 This recent bestseller is a multi-generational story that follows multiple people all attending the Big Oakland Powwow. Together their narratives tell a tale about violence and recovery, memory and identity, and the beauty and despair woven into the history of a nation and its people.

“Maxine makes me read her Indian stuff that I don’t always get. I like it, though, because when I do get it, I get it way down at that place where it hurts but feels better because you feel it, something you couldn’t feel before reading it, that makes you feel less alone, and like it’s not gonna hurt as much anymore.” 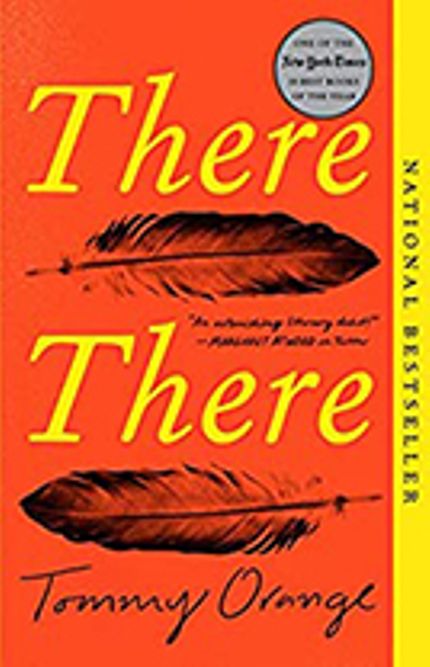 In this young adult book, Louise Wolfe must navigate her last year of high school while staying true to her Native American heritage. Breaking up with her boyfriend after he mocked Native people was easy enough—but when the school decides to put on a production of The Wizard of Oz with colorblind casting, she’s in for a lot more drama.

“I could have said something then about being a Creek girl. It would've flowed from the conversation. Would've saved me a lot of heartache and drama, but I was too busy flirting.” 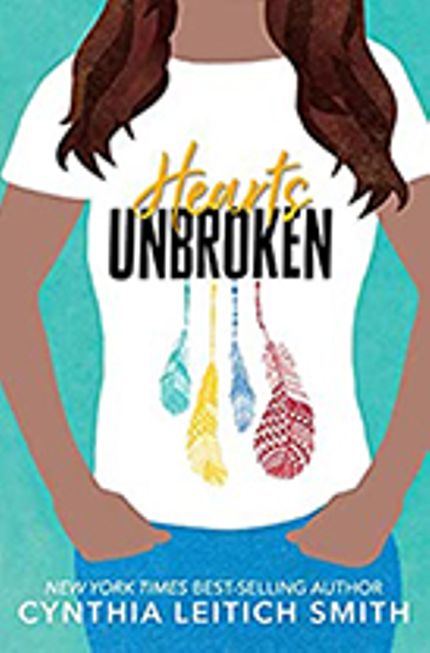 First published in 1977, Ceremony has since become a classic work of Native American literature. Tayo, a WWII veteran, has returned to his reservation after being imprisoned by the Japanese, only to find that he is further rejected by his own people. Soon he finds that he will need to go deeper into his past in order to find peace in the present.

“He had to keep busy; he had to keep moving so that the sinews connected behind his eyes did not slip loose and spin his eyes to the interior of his skull where the scenes waited for him.” 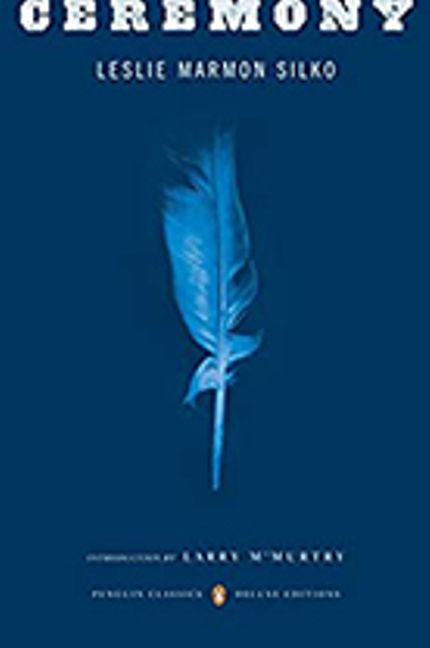