Top 10 Portrayals of Authors in Movies

The Best Performances of Great Authors

This article originally appeared on Bookstr.

Some of the best films detail the lives and exploits of the world’s greatest authors. Not all performances of famous writers are created equal, though. Some stand out, and make us feel as if we’re meeting the author (our dream, obviously). These are some of the best portrayals of real-life authors in movies.

If you love to read, sign up for Early Bird Books! You’ll receive offers for free and discounted ebooks delivered daily to your inbox. Don’t miss out!

Mrs. Dalloway, the famous novel by Virginia Woolf, connects three generations of women undergoing massive struggles, including Woolf herself, who is struggling with depression while penning the book. For her effort, Kidman won an Academy Award for Best Actress.

The best parts of Midnight in Paris are the dalliances the protagonist, Gil, has with famous authors and cultural figures from a century prior. One of these figures is the great Ernest Hemingway, who is characteristically found at a bar, lending advice and launching jealous barbs at Gil.

Realistically, this whole list could solely feature characters from the Woody Allen flick. Bates’ portrayal of Gertrude Stein needs to be included, though, as it was the access point via which the movie pivoted. Bates gave the author a warm spirit, with a decided edge about her.

In line with virtually all of his roles, Giamatti portrayed the comic book author with the amount of eccentricity needed to produce cartoonish work regularly. Harvey Pekar himself appeared in the film, essentially granting it status as a fair depiction. 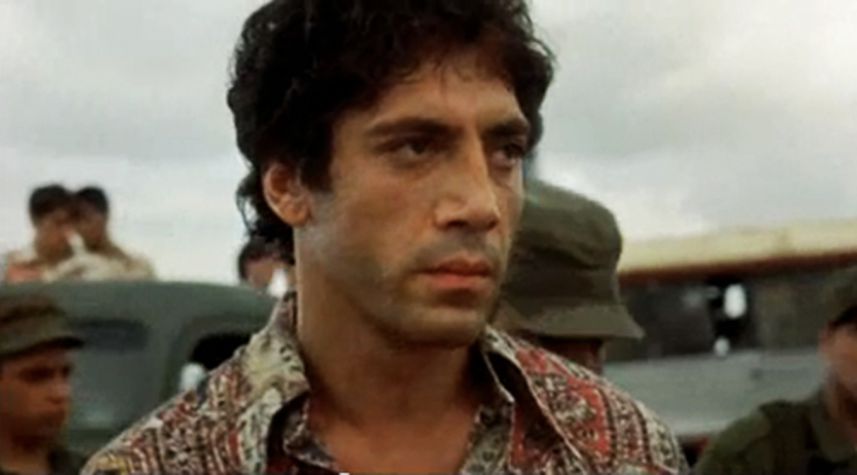 The devastating story of Reinaldo Arenas, a Cuban poet and novelist looking to escape his life in Havana, is beautifully portrayed by Bardem. He captures the joy of writing just as powerfully as he captures the devastation of living in Fidel Castro’s Cuba as a gay man. 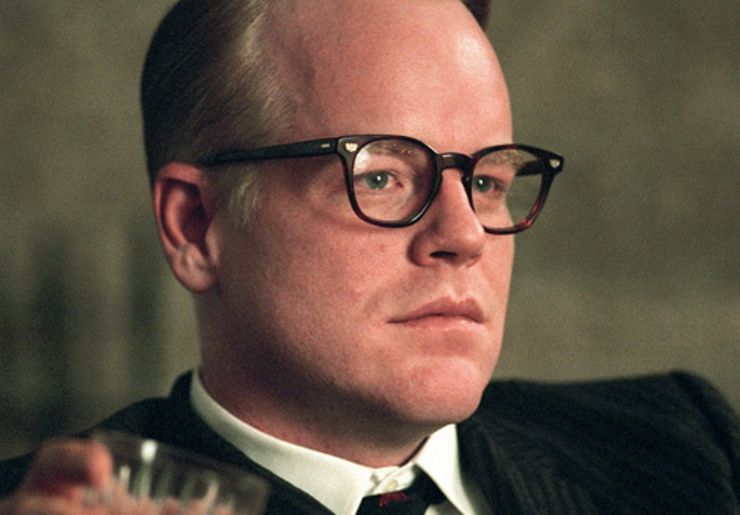 Hoffman’s portrayal of the In Cold Blood author, Truman Capote, only grew in stature as the actor’s own life came to a devastating conclusion. Watching the author struggle with bouts of humility and loss of self-respect may be one of the most well-crafted portrayals of an author in history. 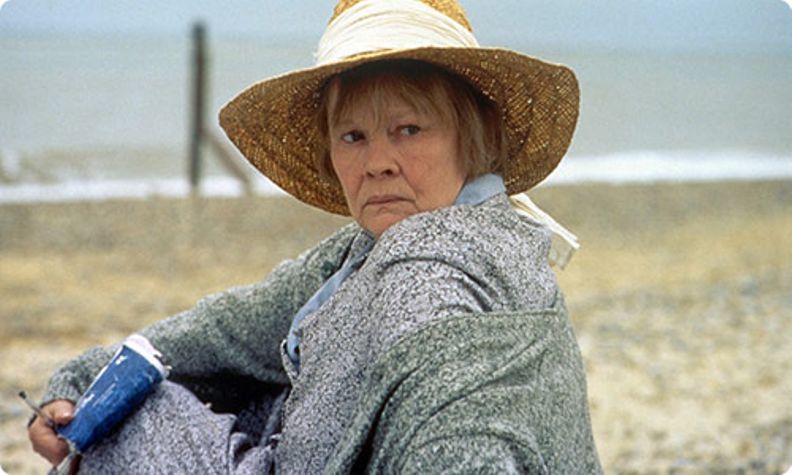 Alzheimer’s disease ravages the brain, but not the soul. At least that’s what one would think watching Judi Dench turn in an impressive performance as Irish novelist, Iris Murdoch. It’s worth noting that Kate Winslet played a younger version of Murdoch in the movie. 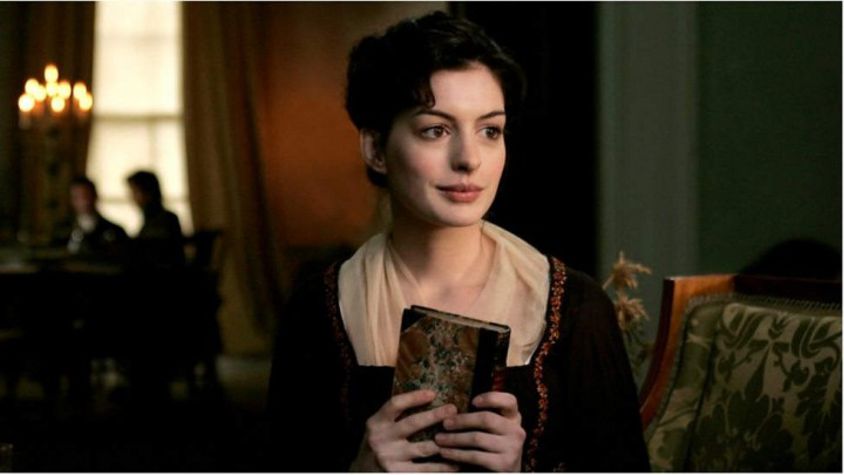 Becoming Jane takes on the classic premise of an author – in this case, Jane Austen—who finds themselves in a world with their characters. It’s a fun trip through the world of Jane Austen so long as you can get past Anne Hathaway’s questionable British accent. 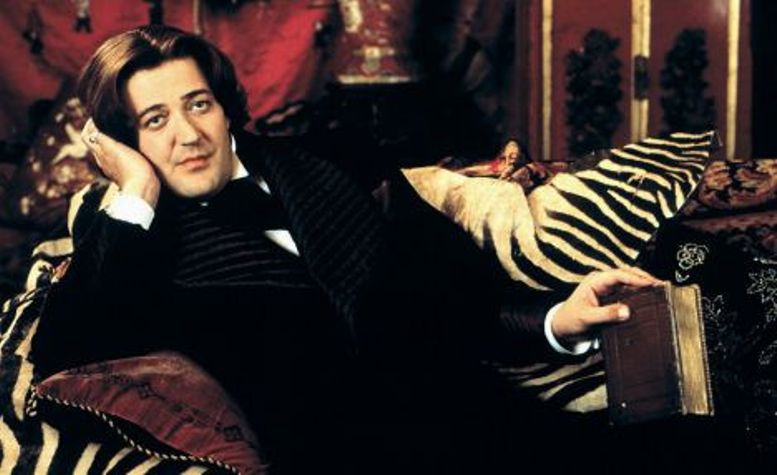 Fry shares a strong resemblance to Oscar Wilde, both physically and biographically. He puts the conflictual nature of Wilde on full display, playing the author with both unmistakable pizzazz and something far from his known public persona. 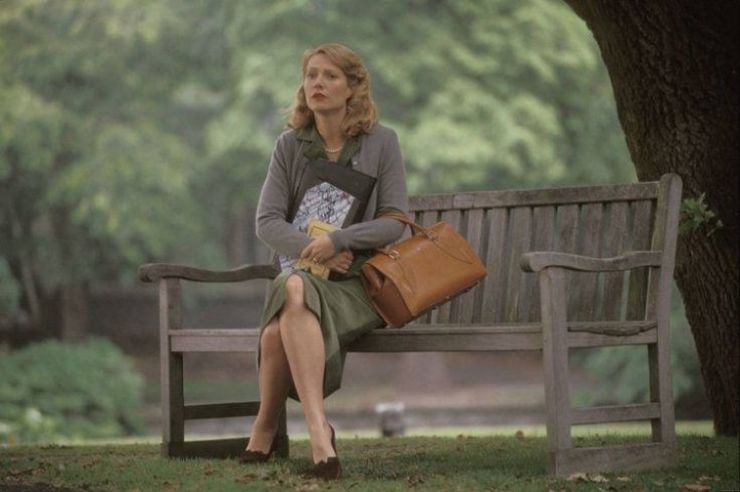 Paltrow gave a stellar performance as the late Sylvia Plath, but it wasn’t approved universally. In fact, Plath’s daughter was highly critical of the performance and accused the filmmakers of trying to profit off of her mother’s suicide.

If you love to read, sign up for Early Bird Books! You’ll receive offers for free and discounted ebooks delivered daily to your inbox. Don’t miss out!