The 12 Best Movies Based On Books

Check out the cinematic classics that started out as novels.

Movies are regarded as both a light social activity and a deep exploration of society’s flaws and triumphs. They can be a great two-hour escape (or in the case of Spartacus, a three-hour escape), or an indulgence of art. And in this day and age, movies are almost inescapable. Who among us hasn’t seen The Wizard of Oz or Jurassic Park?

Though some screenplays are original, many of the famous and acclaimed cinema classics were adapted from novels. Whether it’s a vivid children’s novel or a gritty crime thriller, the source material for these films have layers that will broaden the perspective of readers. So here are a dozen of the best movies based on books, and why the novels are still worth reading!

Related: 10 Most Popular Books of All Time 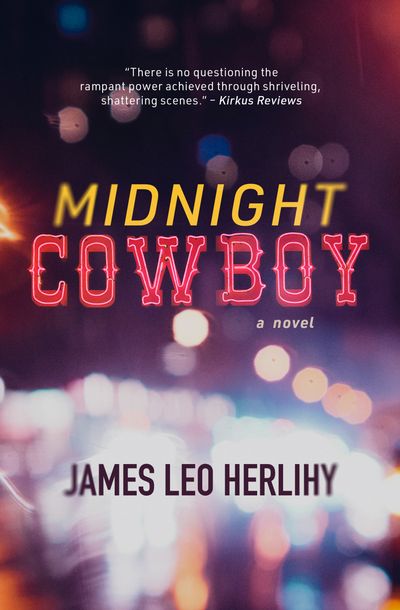 The 1969 Oscar-winning drama Midnight Cowboy, starring Jon Voight and Dustin Hoffman, was a movie based on a book by James Leo Herlihy. Young Texan Joe Buck (Voight) leaves his meager job behind to pursue a glamorous life in New York City.

Joe’s life as a big city prostitute isn’t as rife with opportunity as he had hoped, and while down on his luck he befriends the disabled hustler Ratso Rizzo. The friendship between the pair, while unusual, is the heart of a story full of emotionally harrowing downfalls and complex struggles.

This novel is an intense and gripping look at those living on the outside of society, struggling and forgotten. While the film is captivating in its explorations of the nuances of loneliness, Herlihy’s source material dives even deeper beneath the surface, and takes more startling risks. 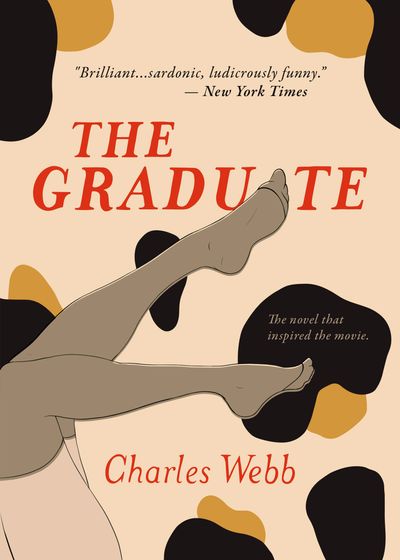 The 1963 Charles Webb novel, The Graduate, was both adapted into the box office hit of the same name and inspired the 2005 Jennifer Anniston romantic comedy, Rumor Has It. Benjamin Braddock, a recent graduate from a small eastern college, returns home with no plans for his impending future. He winds up having a torrid affair with the wife of his father’s business partner, Mrs. Robinson.

Then, as if Benjamin weren’t making enough poor decisions, he finds himself falling for a girl that’s a little more age appropriate— Mrs. Robinson’s daughter. While the film treats this situation with a bit of humor, Webb’s novel proceeds with a bluntness that heightens the sense of alienation within the story. Ben’s aversion to the perceived vapidity of those around him is far more apparent in the book, making the urgency of his aimlessness feel more potent. 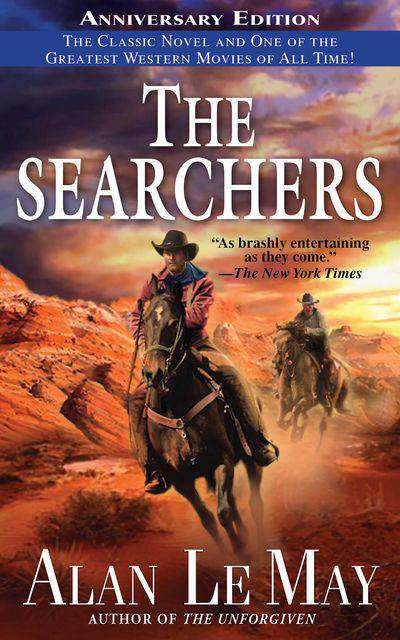 Starring the iconic John Wayne, Jeffrey Hunter, and Natalie Wood, this 1956 film was based off of Alan Le May’s novel, which itself was based on a true story. Aside from changing John Wayne’s character name from Amos to Ethan, the film stays relatively true to the book.

Like the movie, Le May’s book delivers an unapologetically gritty view of the Western frontier. The story opens on Martin Pauley and Amos Edwards learning that the Comanche have slaughtered most of Amos’s family and taken his niece, Debbie. The two then embark on a vengeful and bloody quest to retrieve the young abducted Debbie. Full of pride, guilt, and a rage born of love, the two men cut a legendary path through the West, searching for peace after all they’ve lost. 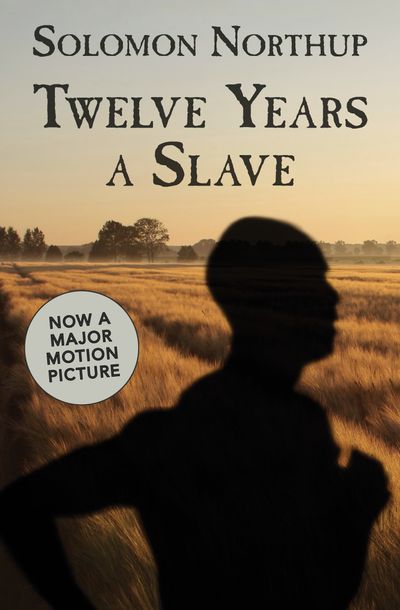 This critically acclaimed Steve McQueen film had Chiwetel Ejiofar in the main role, with a slew of big name actors in supporting roles, including Lupita Nyong’o, Michael Fassbender, Brad Pitt, and Benedict Cumberbatch.

The book, however, is an autobiographical account from 1853 of Solomon Northup, a free black man in upstate New York who was kidnapped and sold into slavery. Northup details the twelve years he spent on Louisiana plantations, suffering inhumane violence and body-wracking labor. This firsthand glimpse back at the most shameful history of America is unmatched for its eloquent honesty and lasting importance.

Looking for more popular recommendations? Sign up for the Early Bird Books newsletter and get the best daily ebook deals delivered straight to your inbox. 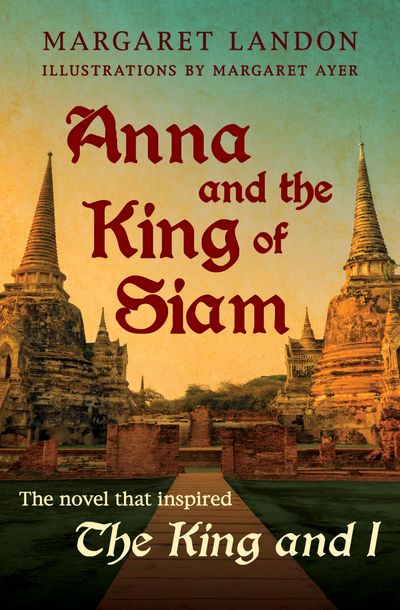 Margaret Landon’s semi-fictionalized biographical novel from 1944 was actually adapted into several films—Anna and the King of Siam; the live action musical The King and I; the animated musical The King and I; and the 1999 film Anna and the King. While these adaptations take many liberties, Landon’s novel relies heavily on research and Leonowen's own memoirs, which she has woven with imagined details to further flesh out a full portrait of nineteenth-century Siam.

British school teacher Anna Leonowens—a recent widow with two young children—becomes the governess to the children of Siam’s King Mongkut. While Mongkut is rooted heavily in tradition, Anna has a deep belief in the power of change, which often puts the two at odds. The brilliant culture of Siam leaves an unshakable effect upon Anna, but she too leaves an impression on Siam, and imparts some of her Western ideals upon her pupils.

Related: Getting to Know Anna and the King of Siam 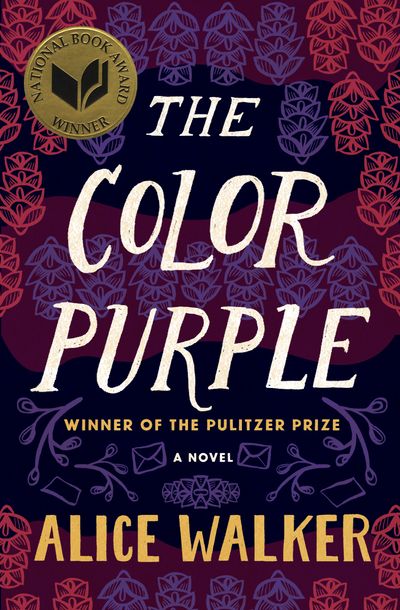 The popular 1985 film The Color Purple—directed by Steven Spielberg and starring Whoopi Goldberg, Danny Glover, and Oprah Winfrey—was based on the book by iconic author Alice Walker. This Pulitzer Prize-winning novel follows Celie, a black woman who grew up in poverty in rural Georgia, suffering abuse at the hands of her own family.

Celie does everything she can to protect her sister Nettie, though she needs protecting, too. When Nettie finds a new life as a missionary in Africa, Celie is wed to an older man whose violence against her is even worse than what she experienced in childhood.

As a personal reprieve, Celie writes letters to God, which brings her self-discovery and fulfillment. She builds a network of support with strong women, like Shug Avery, the jazz singer her husband has taken as a mistress, and her stepson’s fiercely independent wife, Sophia. 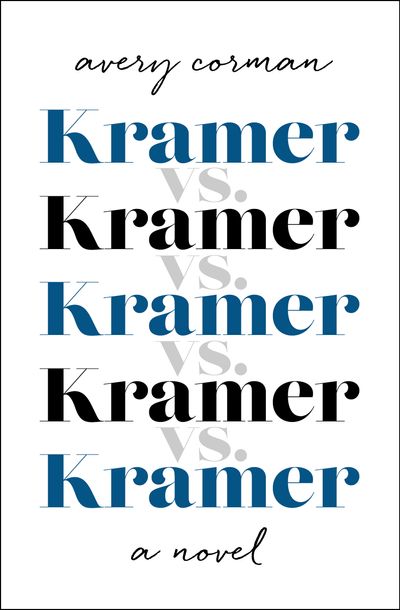 This 1979 legal drama starred Meryl Streep and Dustin Hoffman, and was based on the 1977 novel by Avery Corman. Corman’s novel centers around the Kramers—Ted, Joanna, and their son Billy—as their family splinters apart. Dissatisfied with the familial burdens and unpursued ambitions of her life, Joanna walks out on her husband and son. Ted, suddenly thrust into the complicated life of a single parent, has to adjust to the new responsibilities set singularly on his shoulders.

Alone together, Ted and Billy forge a remarkable bond. When Joanna comes back with the intent to take her son, a messy custody battle in court ensues. An interesting look at gender roles, identity, love, and sacrifice, Kramer vs. Kramer is a novel that remains deeply affecting over the passage of time. 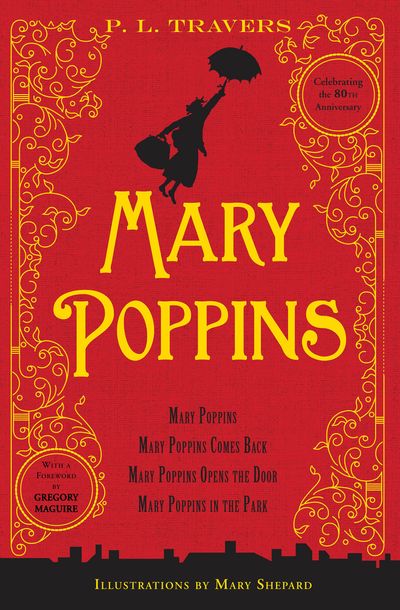 However, readers will find that the original character is a bit more harsh and frazzled than her on-screen counterparts. The books also include many magical moments which were not included in the Disney movies, allowing readers will step into parts of Mary Poppins’s story they’ve never seen before. 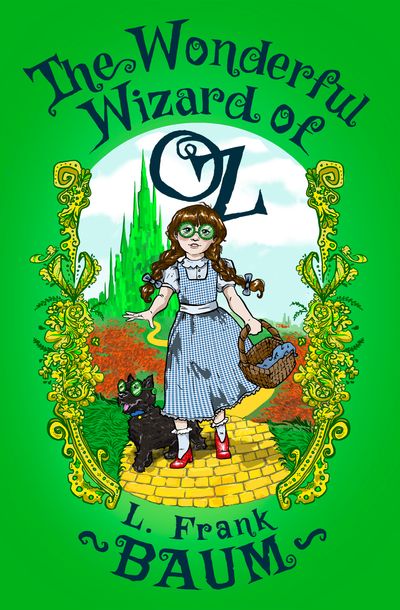 Another childhood essential, MGM’s 1939 Judy Garland-led classic The Wizard of Oz is based on the first of fourteen full-length books in the Oz series written by Baum. The novels also inspired multiple tv adaptations, but if you want to go beyond the award-winning film, you’d be best off reading the original books.

Besides the exquisite illustrations by W.W. Denslow, Baum’s book features variances and stunning expansions from the popular film. From the introduction of the Munchkin named Boq, to a deeper look at the Winged Monkeys, and even grander endings for Dorothy’s companions, Baum’s novel is one that cannot be missed. 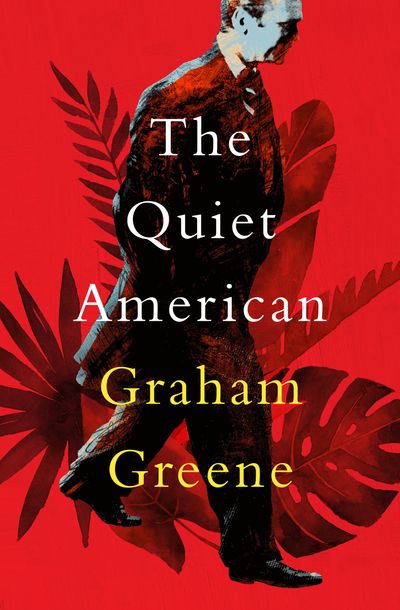 Graham Greene’s novel The Quiet American was adapted into two different films—the 1958 version which inverts the novel’s theme, and the 2002 remake which remains true to its source material. Though set in 1955, Greene’s book condemns America’s interventionism, which is still prevalent today.

Thomas Fowler, a British journalist, is two years into his coverage of the insurgency against French colonial rule in Vietnam. Alden Pyle is an American on the CIA payroll, who is patriotic to a fault. Pyle’s belief that American democracy is the only way stirs up trouble in Southeast Asia, as does his pursuit of Fowler’s local lover, Phuong. What follows is a multi-layered story of intrigue, love and chaos. 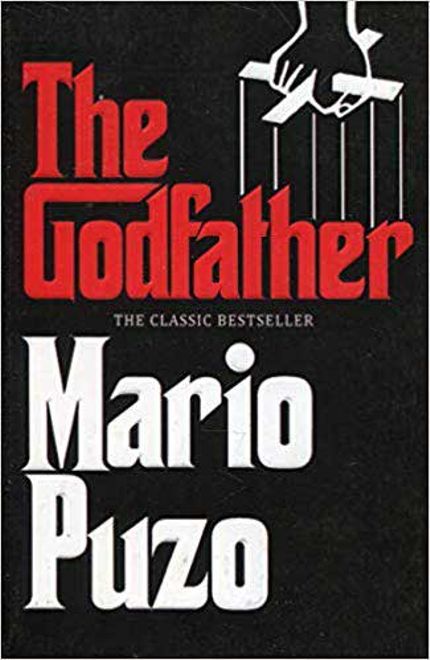 Often, movies based on books are a bit of a disappointment. This is not the case with Francis Ford Coppola’s The Godfather, which is widely considered to be one of the greatest films of all time. While Mario Puzo, author of the source material novel of the same name, assisted with the screenplay, his original book is not to be overlooked.

Loyal fans of the Godfather franchise won’t want to miss the backstories in the novel that were left out of the film, and will be especially interested to read the novel’s ending. We won’t spoil it for you, but let’s just say the book has a slightly more upbeat conclusion than the film. 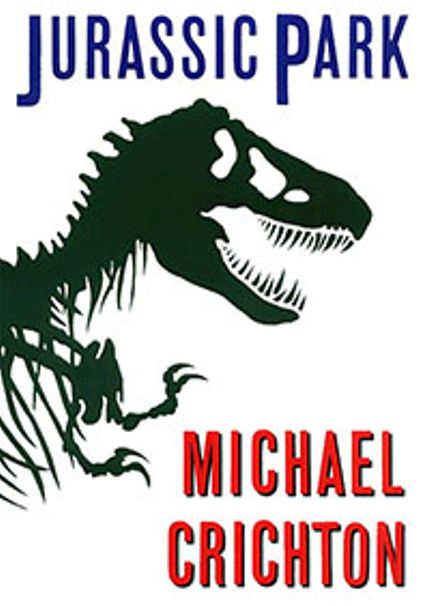 Based on Michael Crichton’s popular novel, Spielberg’s 1993 blockbuster Jurassic Park stunned and delighted audiences. However, while the film was adapted to be palatable for a wider audience, Crichton’s book is much more chilling, immediately embracing the violence and gritty darkness of a dinosaur threat.

There are even more differences to the heart of the story as well, making this an essential for anyone who wants a new perspective on the plot we’ve come to love from the movies. Spielberg’s film changed up the personalities of the characters from the novel, especially in regard to Dr. John Hammond. The book also includes a few major characters who are not featured in the movie, and boasts a deeper, more critical scientific perspective on the goings on of Isla Nublar.

Looking for more popular recommendations? Sign up for the Early Bird Books newsletter and get the best daily ebook deals delivered straight to your inbox.