These characters were there through thick and thin.

Every reader remembers the first book that made them realize they were a “book” person. For some of us, it was the story of the terrific, radiant and humble pig and his web-spinning friend; for others, it was a magical adventure involving tesseracts (or Dust, or Floo powder).

Whether you’re looking for the perfect gift for a child or want to relive some of your own youthful memories, this list of classic children’s books is sure to bring on the nostalgia.

Here’s are all the stories and characters that will remind you of the good ol’ days of your youth—from Harriet the Spy’s tomato sandwiches to Anne of Green Gables’ bright red hair. 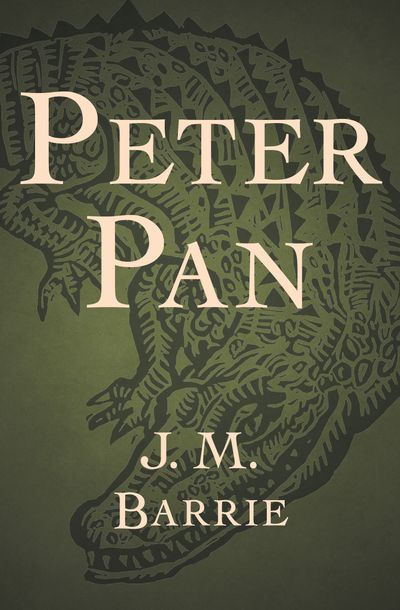 The fear of growing up has never been explored with as much magic as in Peter Pan, the classic children’s book by J.M. Barrie. Peter Pan and Tinker Bell visit the Darling children—Wendy, John and Michael—and whisk them off the Neverland, where children stay children forever.

J.M. Barrie first came up with the story of Peter Pan in 1904, having been inspired by a family he had become friends with. It’s long been a successful play and has had many film adaptations, including the 2020 film Wendy . 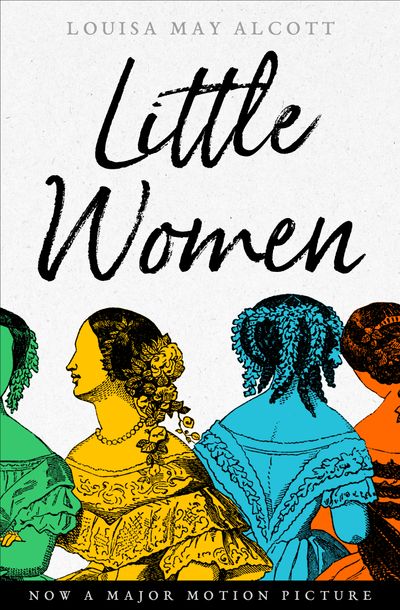 In case you didn’t know before, Greta Gerwig has proved it to the world: The story of the March sisters is a timeless tale of love, sisterhood, and growing up as a girl. When we first read it, we remember wanting so badly to be as pretty and poised as Meg and as strong-willed and smart as Jo.

We also remember not being old enough to truly understand why she wouldn’t marry Laurie; being so upset with Amy (see: Laurie), and (spoiler alert!) being devastated when Beth dies. It’s a novel that’s 150 years old, and we’re still besotted with the March sisters—if that isn’t a classic children’s book, we don’t know what is. 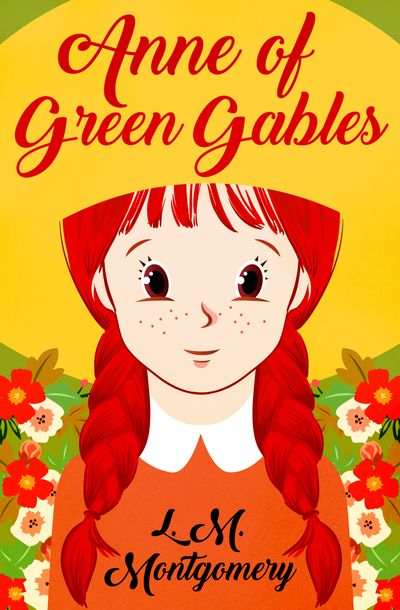 Out of all our favorite childhood characters, Anne Shirley is perhaps the one we admire most and would like to be friends with in real life. Published in 1908 by L.M. (Lucy Maud, to fans) Montgomery, the six volume series tells the story of the red-headed orphan who is mistakenly adopted and brought to Green Gables.

Since her creation, Anne has gone on to sell 50 million copies, be translated in 20 languages, and spurred multiple film and television adaptations, even a Japanese anime series. But to us she’ll always just be Anne … of Green Gables, that is. 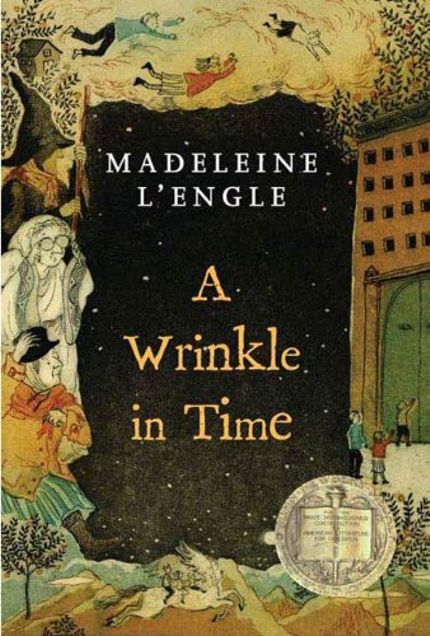 Madeleine L’Engle’s 1963 novel broke barriers, combining the worlds of young adult literature and science fiction. Meg Murry is a smart and stubborn girl, determined to discover the reason behind her scientist father’s disappearance. She gets in over her head when she finds a tesseract—a wrinkle in time—that allows her to travel through time and space.

Though the book is widely understood to have strong religious and Christian undertones, its inclusions of witchcraft and fantasy made A Wrinkle in Time one of the most challenged books, according to the American Library Association. But, in our opinion, that’s what makes it worth reading. It also made A Wrinkle in Time a prime candidate for the 2018 movie adaptation, but sadly, it couldn’t live up to the magic in the book.

Related: Adult Books for Fans of A Wrinkle in Time 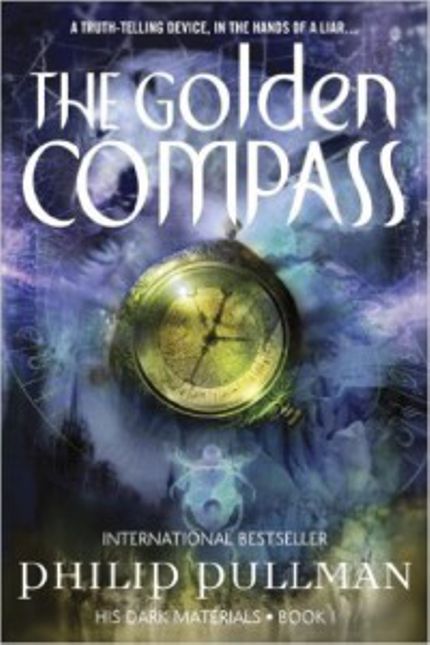 However, that pretty much went over our heads the first time we read about Lyra Belacqua’s fantastical journey to the Arctic in the first book of the His Dark Materials trilogy. We also blame this book for giving us a lifelong desire to have a dæmon, aka a talking animal that is also the physical embodiment of your soul...and for always looking for more fantasy books like His Dark Materials. 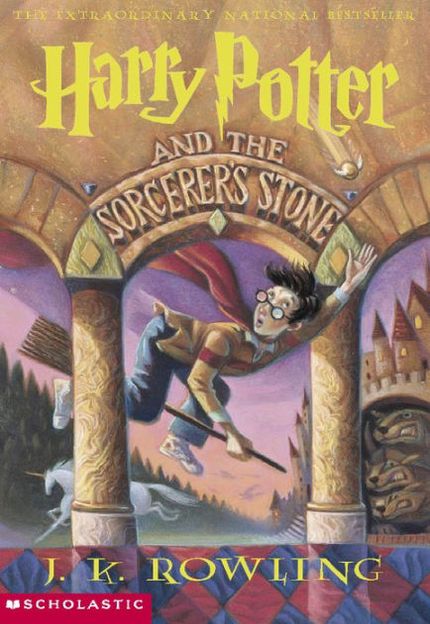 Another modern classic children’s book, it’s undeniable that Harry Potter is one of the biggest cultural touchstones for kids born since 1985 or so. While some groups have banned it for promoting witchcraft, anyone who has ever read the book knows that, despite how awesome Hogwarts its, it’s about much more than magic.

At its core, the Harry Potter novels teach children (and adults) about the power of love, loyalty, and tolerance, and how important it is to choose right over wrong. 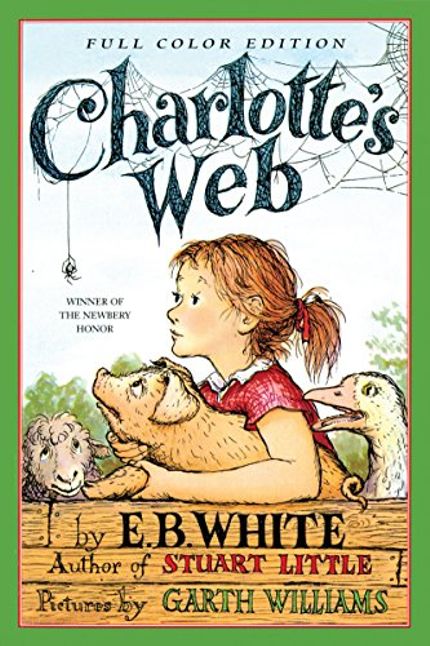 Another tearjerker, Charlotte’s Web is a classic children’s book that will undoubtedly stay popular for years to come. Both a coming-of-age tale and an unflinching introduction to the cycle of life, the story goes far beyond the spinning web of Charlotte and her simple friend, Wilbur.

Inspired by a pig E.B. White once tried to save from the butcher’s block, Charlotte’s Web is now one of the most famous children’s books of all time. Though White was better known for his essays in his younger years—he was a writer for The New Yorker—today, Charlotte’s Web is by far his best-known book. His other children’s books, Stuart Little and The Trumpet of the Swan, are also classics in their own right. 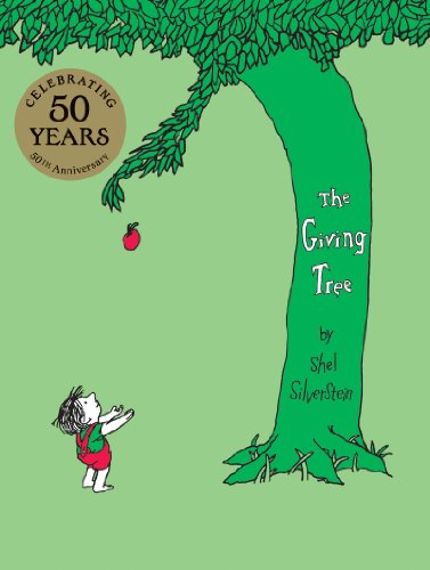 Nearly all of Shel Silverstein’s many books for children could go on this list, but we have a soft spot in our hearts for his 1964 book, The Giving Tree, which tells the story of a boy and his beloved tree. The tree gives and gives, and as the boy gets older, his demands grow greater. But no matter what he asks for, the tree always acquiesces.

Though the book has many interpretations—among other things, it has been said to represent environmentalism, the selfishness of humans, or the selflessness of mothers—all we know for sure is that this book still makes us cry. 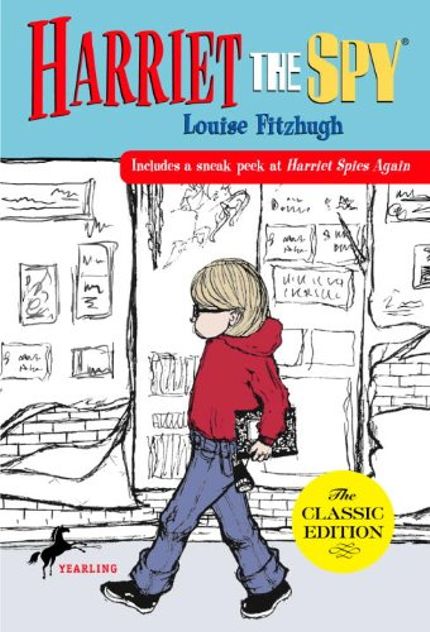 If you are anything like us, you probably spent an entire summer (okay, year) of your life inspired by the precocious Harriet the Spy, making tomato sandwiches and keeping tabs on everyone in your neighborhood in a spiral notebook.

Like many other classic children's books, Harriet’s escapades were first met with suspicion when the story was published in 1964. However, she has now come to represent a smart role model for young women everywhere. 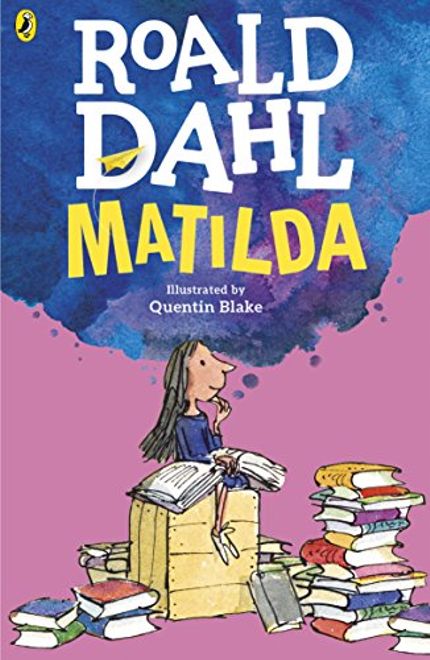 As children, we felt for Matilda, the bookish heroine of Roald Dahl’s 1988 novel. Of course, we were also jealous of the telepathic powers she used when dealing with mean teachers and annoying classmates.

Matilda drew the short stick when it came to her parents, but thanks to her kindred spirit and her teacher, Miss Honey, she becomes the best student in her class and finds a loving home. 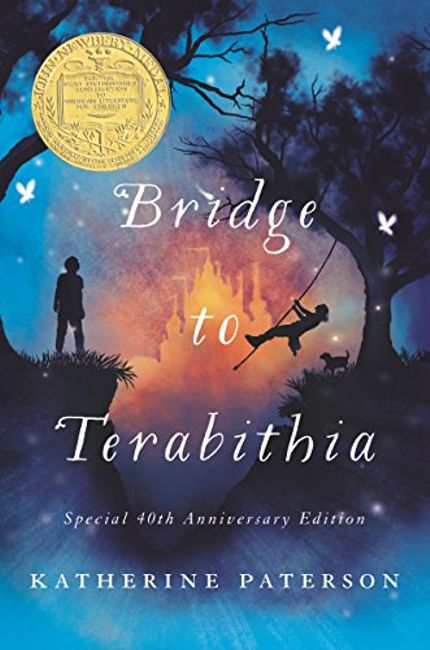 This 1977 novel about two friends who create an imaginary world to escape all their troubles is a right of passage for all young readers—if you can continue on in life after reading its devastatingly sad and shocking ending. Another beautiful book about the harsh realities of life, Bridge to Terabithia is the perfect introduction to big emotions like loneliness, anger and grief.

Related: All the Feels: The First Books That Made You Cry 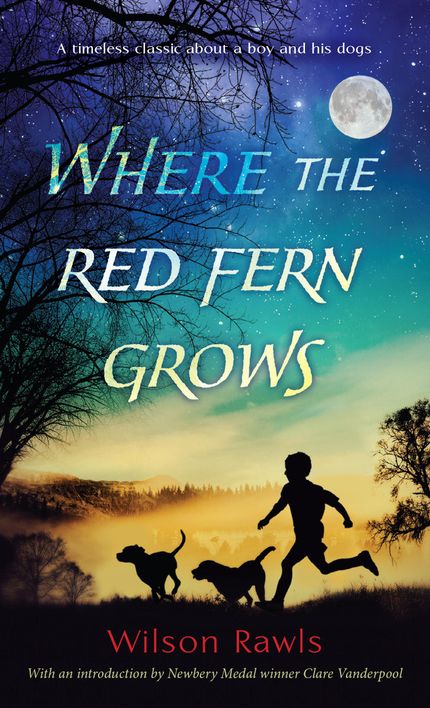 Where the Red Fern Grows

Written in 1971 and set during the Great Depression, Where the Red Fern Grows is another classic children’s book that seems designed to make us cry. Billy, a ten-year-old boy living in the Ozark mountains, wants nothing more than to get two coonhounds so he can hunt and help provide for his family.

After saving for two years, he can finally afford the dogs—and soon enough they earn a reputation as the best hunters in the Ozarks. It finally seems like things are going well for Billy and his family, until tragedy strikes. Despite all the tears, we still remember this book as one of the best stories about a kid and his dogs—and one of the books that showed us the power of literature.

Where the Red Fern Grows

Related: 13 Books About Dogs That Will Warm Your Heart 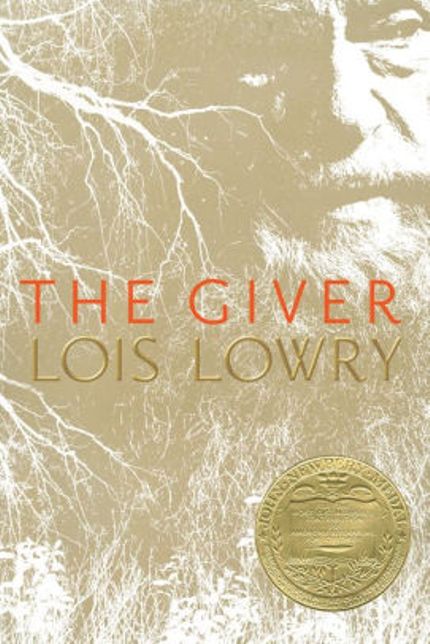 Lois Lowry’s 1993 novel was one of the most challenged books of the 1990s, despite it winning the Newbery Medal in 1994. The story of a dystopian society in which (almost) all emotional depth has been eradicated, this classic children’s book is essentially an introduction to what it means to be human.

Including complex themes like freedom, individuality and rituals, you probably remember The Giver as the first book that made you really think about how our society works—and if you’re lucky, it was a gateway to other dystopian authors, such as George Orwell and Ray Bradbury. 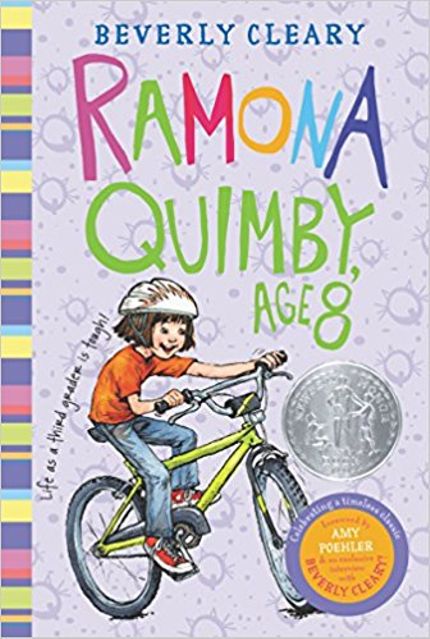 The Ramona Quimby novels had something to relate to whether you were like Ramona, an annoying younger sibling, or like her older, more intelligent sister Beezus (wink). Ramona first appeared in 1955, and eight books followed. Both Ramona Quimby, Age 8 and Ramona and her Father won Newbery Awards and Ramona and her Mother received the National Book Award. 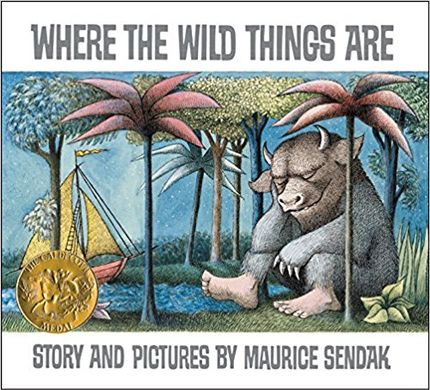 Where the Wild Things Are

Maurice Sendak’s 1963 children’s book has since become a modern classic, ranking with classic picture books like Goodnight Moon and The Very Hungry Caterpillar. That being said, it wasn’t immediately loved—at first, many adults didn’t understand the appeal of a picture book about a child throwing a tantrum.

But children connected to the book, and eventually critics better understood how Sendak’s story deals with the anger, sadness, and even the boredom of childhood. Whatever your interpretation, we’re betting you remember Where the Wild Things Are—it’s where the wild rumpus started, after all.

Where the Wild Things Are

Related: 10 Exciting Adventure Books like The Story of Doctor Dolittle 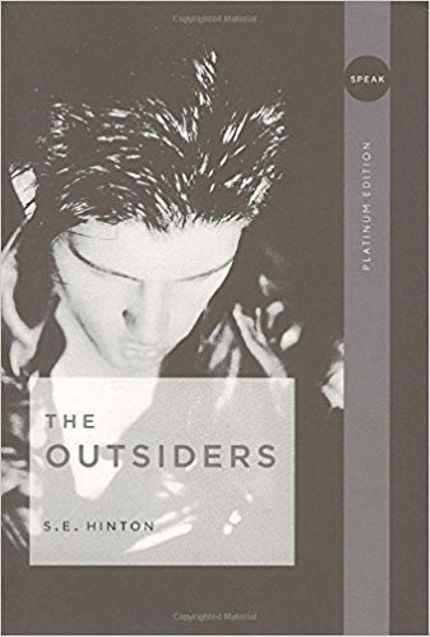 For a lot of us, The Outsiders was the first required reading book that we actually liked, and not just because it also introduced us to a movie adaptation that was actually good. First published in 1967, The Outsiders resonates with kids of all generations because the drama that comes with growing up and struggling to fit in is timeless—even if we didn’t have awesome nicknames like Ponyboy and Sodapop.