15 Psychological Suspense Books That'll Keep You Up All Night

Say "goodbye" to sleep, and "hello" to your next great read.

As the weather turns colder and the nights get longer, we turn to psychological suspense books that are just as chilling as the evening air. Still, it can be hard to wade through all the "Girls" (e.g., Gone Girl, Girl on the Train, The Good Girl) to find what's most worth reading. Our preferred metric of measurement? A story's ability to keep us awake long after the sun has sunk (even if it means we'll need a second or third coffee the next day).

The following psychological suspense books feature cleverly-constructed twists and complex characters worthy of a sleepless night. Find your comfy reading nook, grab your munchie of choice, and sink your teeth into their fascinating explorations of the human mind—from its many mysteries to its many failings. 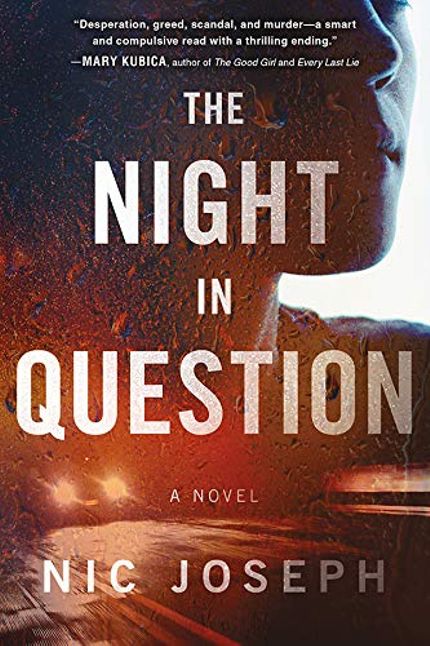 The Night in Question

Daunted by her husband's towering medical bills, Paula finds a second job driving for an Uber-like car service. Most nights are just a string of unmemorable passengers—until “Lotti,” who is unsettlingly quiet, slides in her backseat. It’s only the next day that Paula realizes “Lotti” was none other than Ryan Hooks, a very famous and very married musician whom she unwittingly took to an extramarital rendezvous.

Now the sole witness to his infidelity, Paula seizes the opportunity to blackmail him for money, only to become a pivotal player in a related murder mystery. This one's got a kickass heroine, a healthy sense of humor, and enough curveballs to keep you reading from dawn till dusk.

The Night in Question 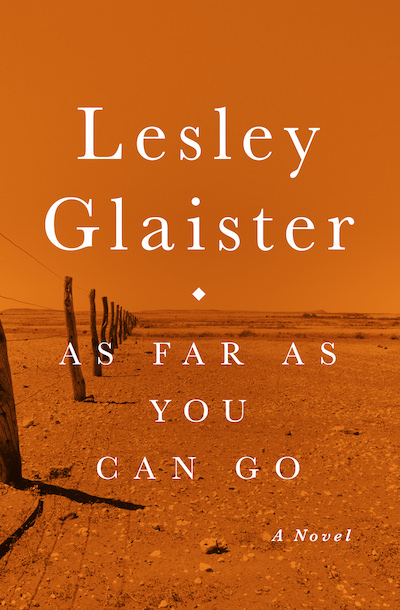 As Far as You Can Go

Fearing her boyfriend will never commit to a longterm relationship, Cassie hatches a scheme that’ll hopefully secure his devotion: They’ll leave England and take jobs in the Australian Outback—a place so isolated and without distraction, they'll surely become closer than ever. But once the couple arrives at their new home, their employers' erratic behavior gradually turns Cassie's dream adventure into a waking nightmare. Lesley Glaister has injected her “scary psycho-thriller” with so much suspense that it prickles with the unforgiving heat and menace of its setting (Daily Mail). Let’s just say you’ll want to delay your trip to Oz.

As Far as You Can Go 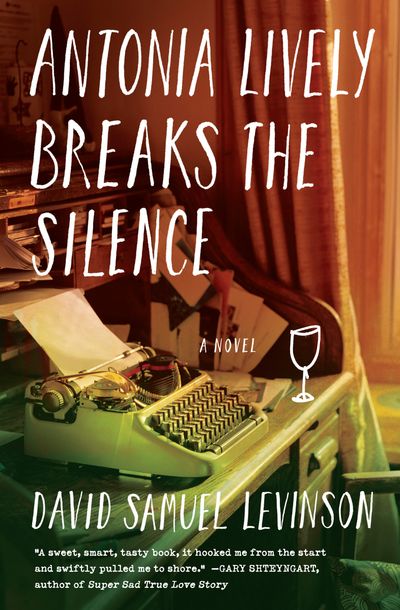 After her husband’s death, Catherine Strayed is living in a peaceful college town in upstate New York. Soon, the quiet is interrupted when her former mentor (and onetime lover) arrives with his new mentee in tow: Antonia Lively, a young writer who has recently wowed the publishing world with her thrilling debut noel. Antonia enjoys finding inspiration from true crime—and though Catherine doesn’t realize it at first, Antonia is about to dig deep into her husband’s death, with little regard for the consequences. 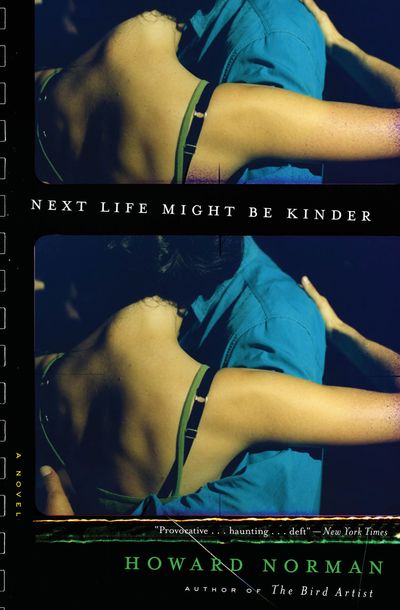 Writer Sam Lattimore spent his first year of marriage living in the Essex Hotel—until the creepy bellhop murdered his wife, Elizabeth. In the aftermath of her death, a devastated Sam sold their story to a Norwegian filmmaker, who now wants to twist the narrative to fit his violent aesthetic.

As if this desecration of their relationship isn't enough, Elizabeth keeps "visiting" Sam at his isolated cabin, which makes it difficult for him to accept her passing. But are his hallucinations those of a bereaved widower, or are they the product of something otherworldly? Oozing with suspense and supernatural eeriness, Next Life Might Be Kinder is at once a murder mystery, a ghost story, and a tragic marriage tale that'll stay with you beyond the closing sentence. 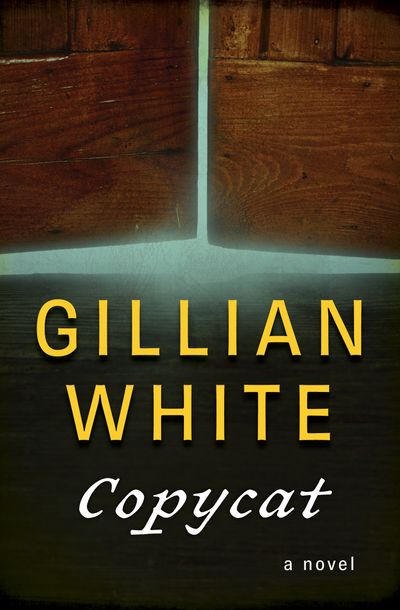 Though next door neighbors Martha and Jennie both happened to give birth on the same day, their lives couldn't otherwise be more different. When Martha befriends Jennie, she seems to have everything Jennie lacks: charisma; a wonderful husband and children; plenty of friends. Soon, however, the tables begin to turn.

As Jennie becomes more successful, Martha’s life starts to fall apart. At the same time, their friendship is turning into something sinister. Jennie’s infatuation with Martha has turned into an obsession—and only one of the women is going to make it out of this friendship alive. 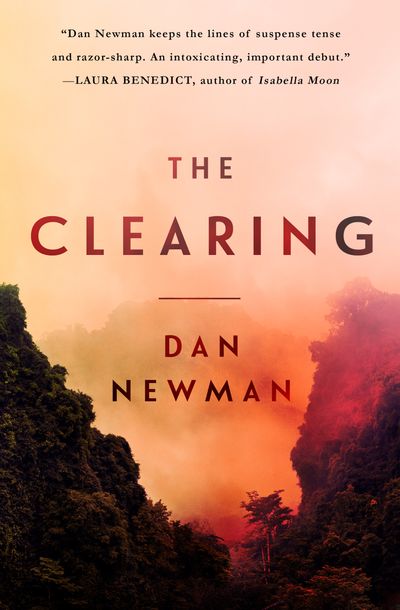 Growing up, Nate and his friends heard terrifying tales of “the Bolom”—the ancient bogeyman that allegedly roamed the island they called home. But when one of the boys died during an excursion to the Ti Fenwe plantation, they realized more than one evil resided on St. Lucia.

Now Nate is an adult, and his father’s suicide has brought him back to the place—and the crime scene—he tried so desperately to leave behind. His creepy, guilt-ridden journey down memory lane taps into readers' fear of the unknown, creating “a dark and atmospheric psychological thriller full of intrigue, terror, and superstition” (Gumshoe Reviews). 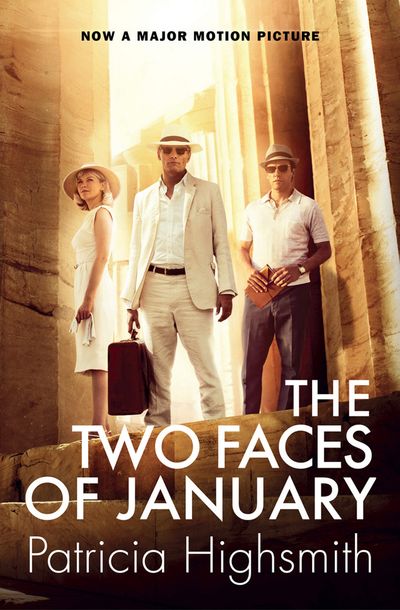 The Two Faces of January

If there’s anyone who knows how to write mind-bending suspense, it’s the author of The Talented Mr. Ripley and Strangers on a Train. Here, she weaves another riveting tale, following an adventure-hungry con-artist who inserts himself into the lives of a married couple.

While vacationing in Athens, Ryan Keener spots Chester MacFarland, a man who so closely resembles his late father that he decides to do him a favor: He’ll help Chester and his young wife, Colette, cover up a crime they’ve just committed. It’s a collision of worlds that incites major consequences, as the trio of master manipulators plays deadly games and act according to their own agendas.

The Two Faces of January

Want more psychological suspense? Sign up for the Early Bird Books newsletter, and get the best daily ebook deals delivered straight to your inbox. 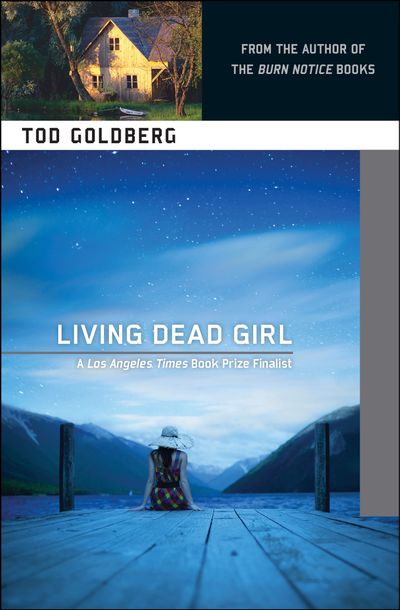 Something happened to Paul Luden, his wife and their two-year-old daughter—and whatever it was, it was so traumatic that Paul has completely blocked out the memory. He started over in Los Angeles, where he got a new girlfriend and a new life.

But when Paul receives a call from his old home in Washington saying his wife has been missing for 10 days, he and his girlfriend make the drive to the small lake town. Slowly, Paul’s memories return to him...and as the pieces come together, he realizes the truth about his wife. 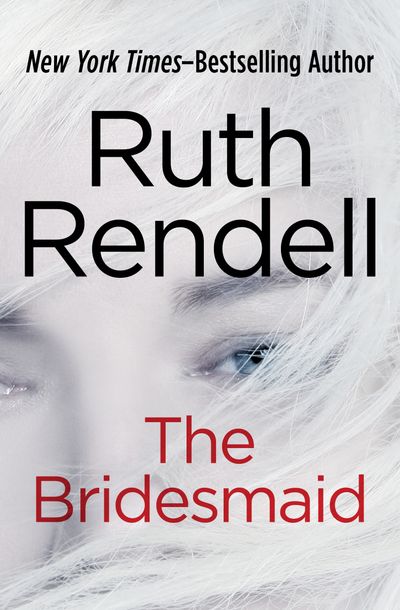 There is nothing Philip hates more than violence, whether it’s in a Hollywood movie or on the evening news. But after a night in the arms of Senta Pelham—an ethereal beauty he meets at his sister’s wedding—he’s willing to do anything for love. And when Senta says they must prove their mutual affection through murder, Philip shocks himself by agreeing to play along...This 1989 novel is a perfect example of Ruth Rendell’s revolutionary brand of crime fiction, which uses a blend of psychological thrills and mystery. 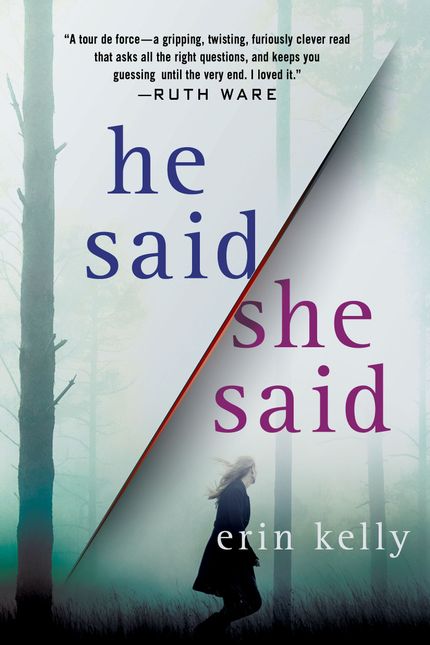 Laura and Kit are young, in love, and watching the latest eclipse—Kit’s greatest passion—when a crime permanently taints their picture-perfect relationship. Fast forward over ten years later and they’re still together, but living lives they did not imagine for themselves. Surrounded by the metropolitan bustle of London, they’re sheltered from the aftershocks of that night in 1999...or are they?

Author Erin Kelly explores how Laura and Kit—and by extension, us—can never truly escape the past, all the while delivering "adrenaline-bursting twists" that'll keep you on the edge of your seat (Boston Globe). 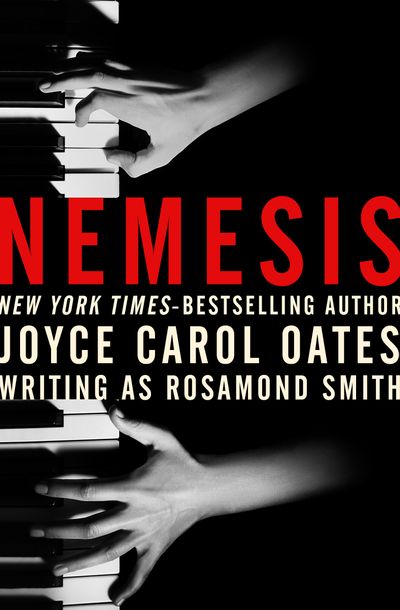 Whenever Joyce Carol Oates wants to lean into her darker side, she uses the pen name Rosamond Smith and turns out a psychological suspense book like nothing you’ve ever read before. In Nemesis, piano teacher Maggie Blackburn is shocked when her school covers up the rape of a student to protect the perpetrator, star composer-in-residence Rolfe Christensen.

When Christensen later turns up dead, his victim is suspected—and Maggie takes up the task of finding the real killer. Oates’ mesmerizing, fast-paced novel is full of twists and turns: we bet you won’t get a wink of sleep until you’ve reached the last page. 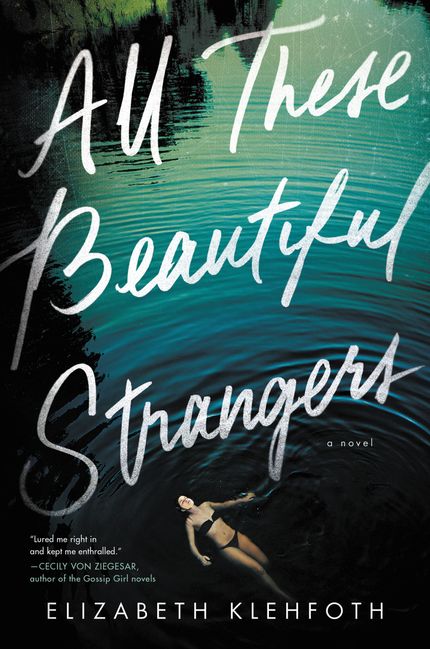 All These Beautiful Strangers

As the daughter of a real estate tycoon, Charlie's upbringing has been more glamorous than most. But unlike the other teens at the ritzy Knollwood Prep, it was marked by tragedy: Ten years ago, her mother vanished without a trace.

Wanting to let go of her feelings of abandonment, she seeks the approval of "the A's," the secret society that terrorizes the Knollwood student body. So when they nominate Charlie as a potential new member, she's eager to prove herself worthy by participating in their dangerous, semester-long "Game." Disturbingly, the scavenger hunt doesn't only bring her closer to the acceptance she wants—it also leads to clues about her mother's strange disappearance.

All These Beautiful Strangers 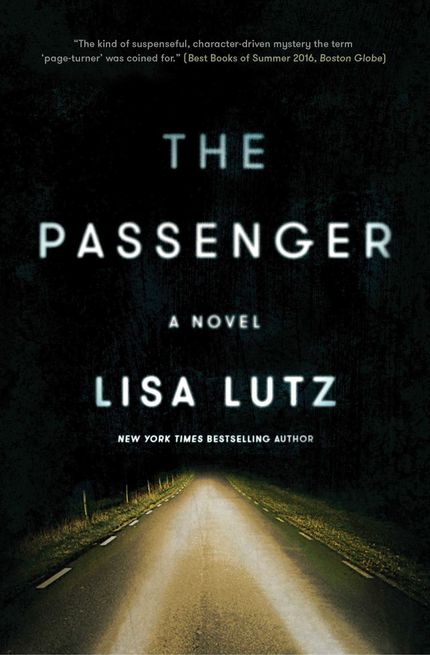 When we first meet the main character of this noir-inspired thriller, she’s Tanya Dubois—a frightened (and supposedly innocent) woman who has stumbled upon her husband’s corpse. Convinced that the police will peg her for the murder, she high-tails it out of town to begin a new life on the run.

But why is Tanya so paranoid? What is she running from, and how is she so well-versed in the art of self-reinvention? Lutz answers your burning questions—and then inspires new ones—as her anti-heroine assumes various identities, travels from state to state, and befriends a similarly shifty bartender.

Related: 21 Psychological Thriller Books That Mess with Your Head 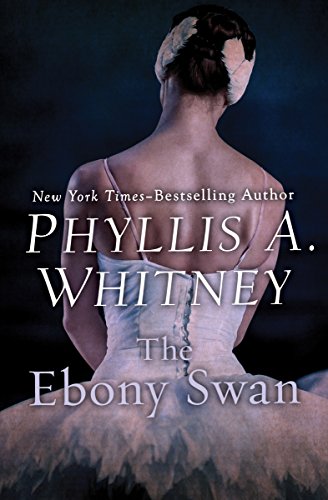 By Phyllis A. Whitney

Susan Prentice is visiting her grandmother’s home in Virginia after her life on the west coast has taken a hit—she’s broken off an engagement and her father just died. Her grandmother’s house, however, also comes with bad memories: it’s the place where 25 years ago, Susan witnessed her mother fall to her death. As she’s welcomed by her estranged relatives, Susan can’t help but feel there’s something she’s not remembering...and that someone close to her would prefer that those memories stay buried.

By Phyllis A. Whitney 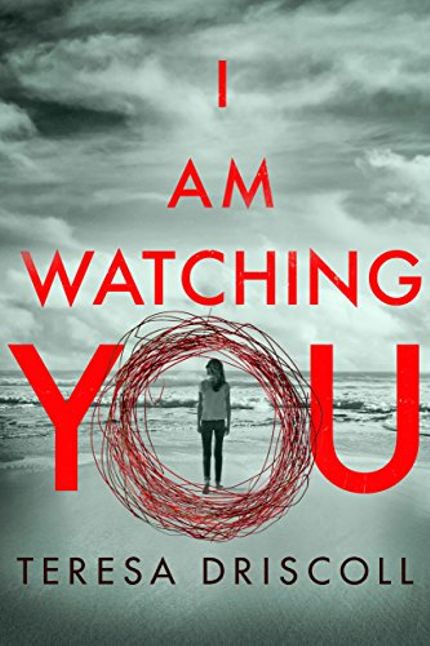 I Am Watching You

On a London-bound train, Ella Longfield watches two ex-convicts flirt with teenagers Anna Ballard and her friend, Sarah. Despite Ella's ringing alarm bells, she does not intervene—and then lives to regret her silence. The next day, it's reported that Anna and her criminal assailants are nowhere to be found, forcing Ella to question if she has somehow played a part in the girl’s disappearance. But as the missing-persons investigation progresses, and Ella starts receiving threatening letters, it becomes evident that she isn’t the only one with a shameful secret and a guilty conscience.

I Am Watching You

Want more psychological suspense? Sign up for the Early Bird Books newsletter, and get the best daily ebook deals delivered straight to your inbox.